First results from the IllustrisTNG simulations: matter and galaxy clustering

Hydrodynamical simulations of galaxy formation have now reached sufficient volume to make precision predictions for clustering on cosmologically relevant scales. Here, we use our new IllustrisTNG simulations to study the non-linear correlation functions and power spectra of baryons, dark matter, galaxies, and haloes over an exceptionally large range of scales. We find that baryonic effects increase the clustering of dark matter on small scales and damp the total matter power spectrum on scales up to k ∼ 10 h Mpc-1 by 20 per cent. The non-linear two-point correlation function of the stellar mass is close to a power-law over a wide range of scales and approximately invariant in time from very high redshift to the present. The two-point correlation function of the simulated galaxies agrees well with Sloan Digital Sky Survey at its mean redshift z ≃ 0.1, both as a function of stellar mass and when split according to galaxy colour, apart from a mild excess in the clustering of red galaxies in the stellar mass range of109-1010 h-2 M⊙. Given this agreement, the TNG simulations can make valuable theoretical predictions for the clustering bias of different galaxy samples. We find that the clustering length of the galaxy autocorrelation function depends strongly on stellar mass and redshift. Its power-law slope γ is nearly invariant with stellar mass, but declines from γ ∼ 1.8 at redshift z = 0 to γ ∼ 1.6 at redshift z ∼ 1, beyond which the slope steepens again. We detect significant scale dependences in the bias of different observational tracers of large-scale structure, extending well into the range of the baryonic acoustic oscillations and causing nominal (yet fortunately correctable) shifts of the acoustic peaks of around ∼ 5 per cent. 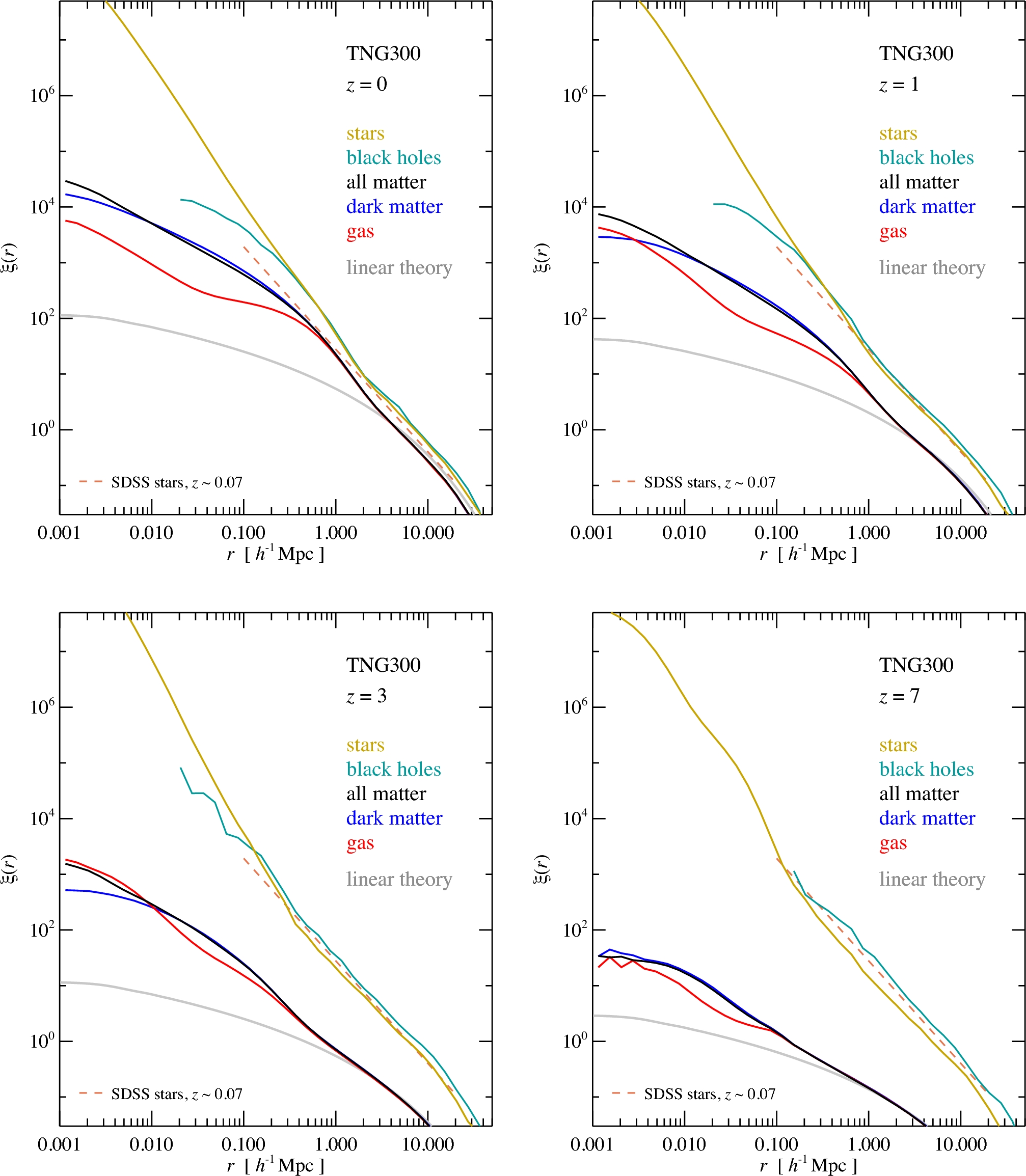