First results from the IllustrisTNG simulations: the stellar mass content of groups and clusters of galaxies

The IllustrisTNG project is a new suite of cosmological magnetohydrodynamical simulations of galaxy formation performed with the AREPO code and updated models for feedback physics. Here, we introduce the first two simulations of the series, TNG100 and TNG300, and quantify the stellar mass content of about 4000 massive galaxy groups and clusters (1013 ≤ M200c/M⊙ ≤ 1015) at recent times (z ≤ 1). The richest clusters have half of their total stellar mass bound to satellite galaxies, with the other half being associated with the central galaxy and the diffuse intracluster light. Haloes more massive than about 5 × 1014 M⊙ have more diffuse stellar mass outside 100 kpc than within 100 kpc, with power-law slopes of the radial mass density distribution as shallow as the dark matter's ( - 3.5 ≲ α3D ≲ -3). Total halo mass is a very good predictor of stellar mass, and vice versa: at z = 0, the 3D stellar mass measured within 30 kpc scales as ∝(M500c)0.49 with a ∼0.12 dex scatter. This is possibly too steep in comparison to the available observational constraints, even though the abundance of The Next Generation less-massive galaxies ( ≲ 1011 M⊙ in stars) is in good agreement with the measured galaxy stellar mass functions at recent epochs. The 3D sizes of massive galaxies fall too on a tight (∼0.16 dex scatter) power-law relation with halo mass, with r^stars_0.5 ∝ (M_200c)^{0.53}. Even more fundamentally, halo mass alone is a good predictor for the whole stellar mass profiles beyond the inner few kiloparsecs, and we show how on average these can be precisely recovered given a single-mass measurement of the galaxy or its halo. 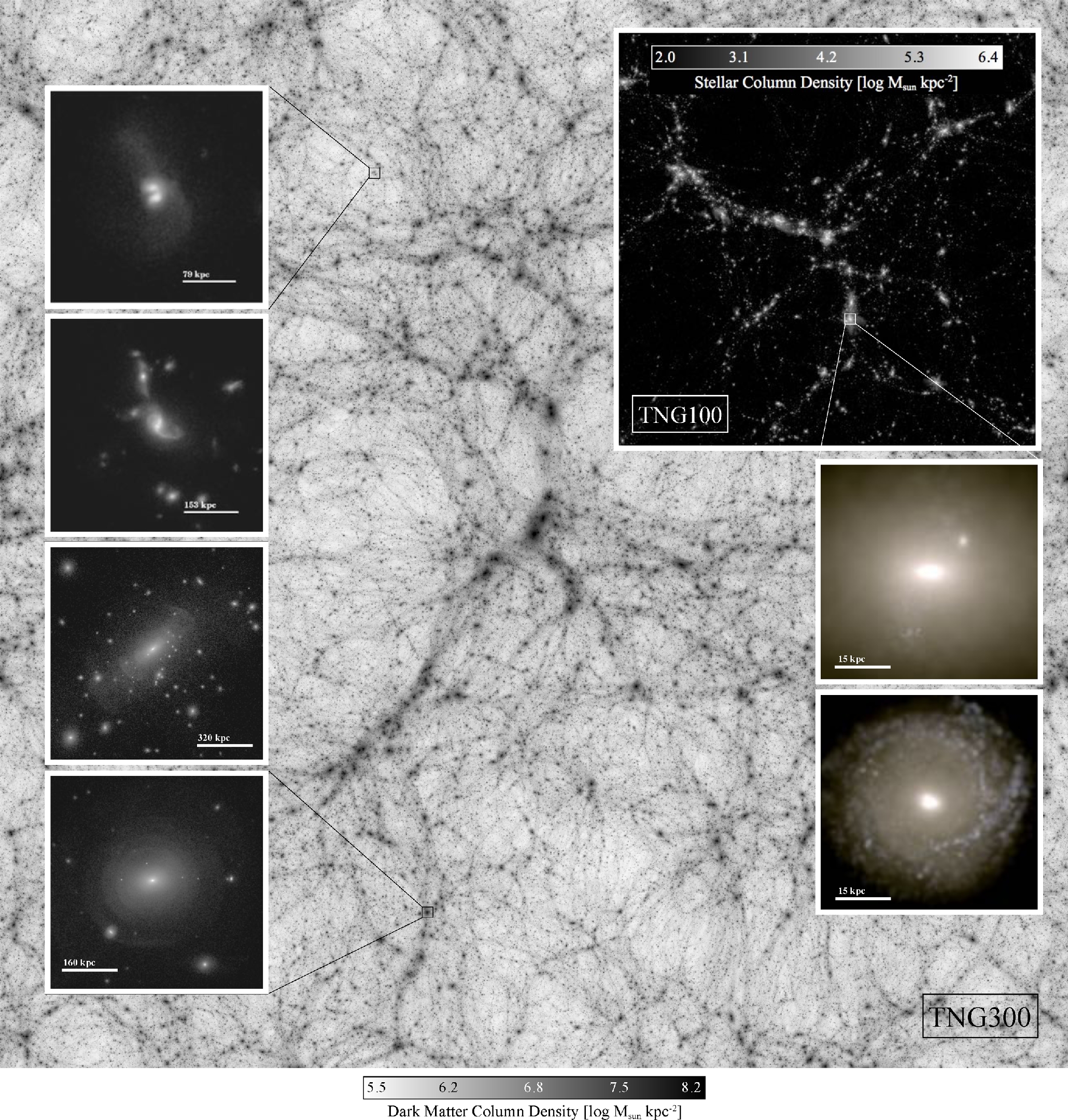