GW170817: a neutron star merger in a mass-transferring triple system

The light curve of GW170817 is surprisingly blue and bright. Assuming that the event is a binary neutron star merger, we argue that blueness and brightness of the light curve is the result of ejecta that contains an substantial amount of thermal energy. To achieve this, the ejecta must be reheated at a substantial distance (1-2000 solar radii) from the merger to avoid losing the energy to adiabatic cooling. We show that this reheating can occur if the merger occurs in a hierarchical triple system where the outer star has evolved and filled its Roche lobe. The outer star feeds mass to the inner binary, forming a circumbinary disc, driving the inner binary to merge. Because the outer star fills its Roche lobe, a substantial fraction of the dynamical ejecta collides with the evolved star, reheating the ejecta in the process. We suggest that the process of mass transfer in hierarchical triples tends to form coplanar triple systems such as PSR J0337+1715, and may provide electromagnetic counterparts to binary black hole mergers. 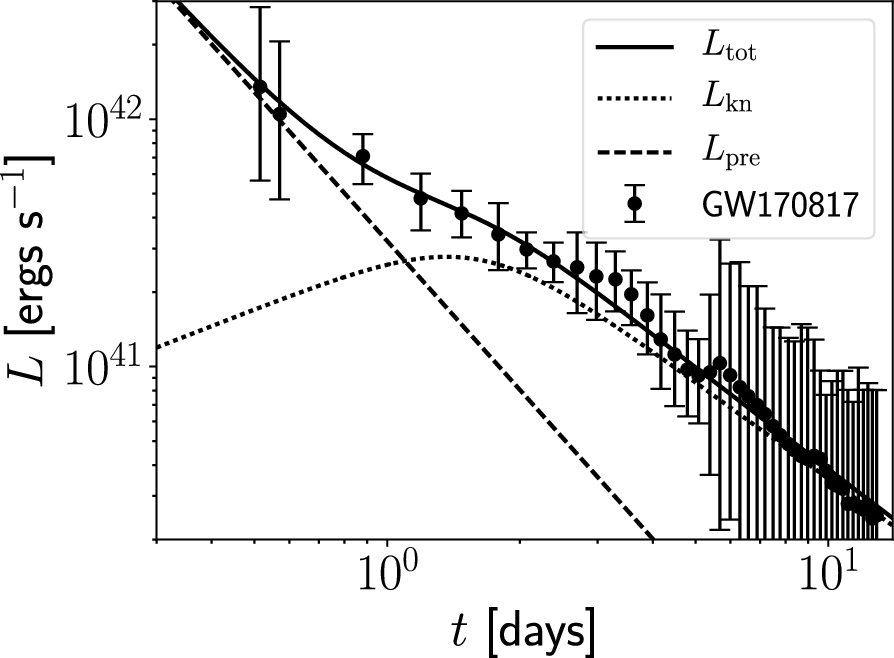