We report the first interstellar detection of DC7N and six 13C-bearing isotopologues of HC7N towards the dark cloud TMC-1 through observations with the Green Bank Telescope, and confirm the recent detection of HC515N. For the average of the 13C isotopomers, DC7N, and HC515N, we derive column densities of 1.9(2) × 1011, 2.5(9) × 1011, and 1.5(4) × 1011 cm-2, respectively. The resulting isotopic ratios are consistent with previous values derived from similar species in the source, and we discuss the implications for the formation chemistry of the observed cyanopolyynes. Within our uncertainties, no significant 13C isotopomer variation is found for HC7N, limiting the significance CN could have in its production. The results further show that, for all observed isotopes, HC5N may be isotopically depleted relative to HC3N and HC7N, suggesting that reactions starting from smaller cyanopolyynes may not be efficient to form HCnN. This leads to the conclusion that the dominant production route may be the reaction between hydrocarbon ions and nitrogen atoms. 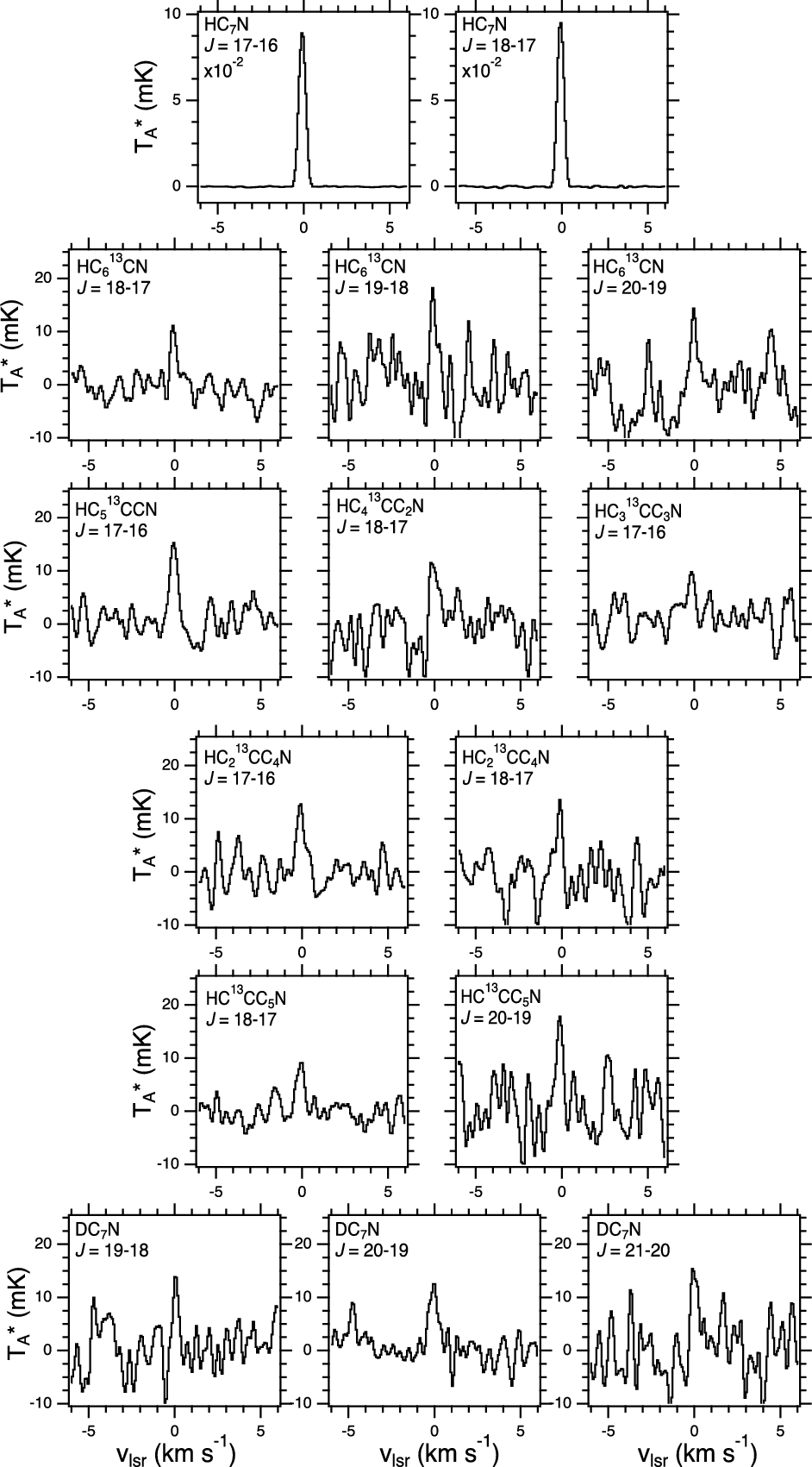