We study accretion-driven turbulence for different inflow velocities in star-forming filaments using the code RAMSES. Filaments are rarely isolated objects and their gravitational potential will lead to radially dominated accretion. In the non-gravitational case, accretion by itself can already provoke non-isotropic, radially dominated turbulent motions responsible for the complex structure and non-thermal line widths observed in filaments. We find that there is a direct linear relation between the absolute value of the total density-weighted velocity dispersion and the infall velocity. The turbulent velocity dispersion in the filaments is independent of sound speed or any net flow along the filament. We show that the density-weighted velocity dispersion acts as an additional pressure term, supporting the filament in hydrostatic equilibrium. Comparing to observations, we find that the projected non-thermal line width variation is generally subsonic independent of inflow velocity. 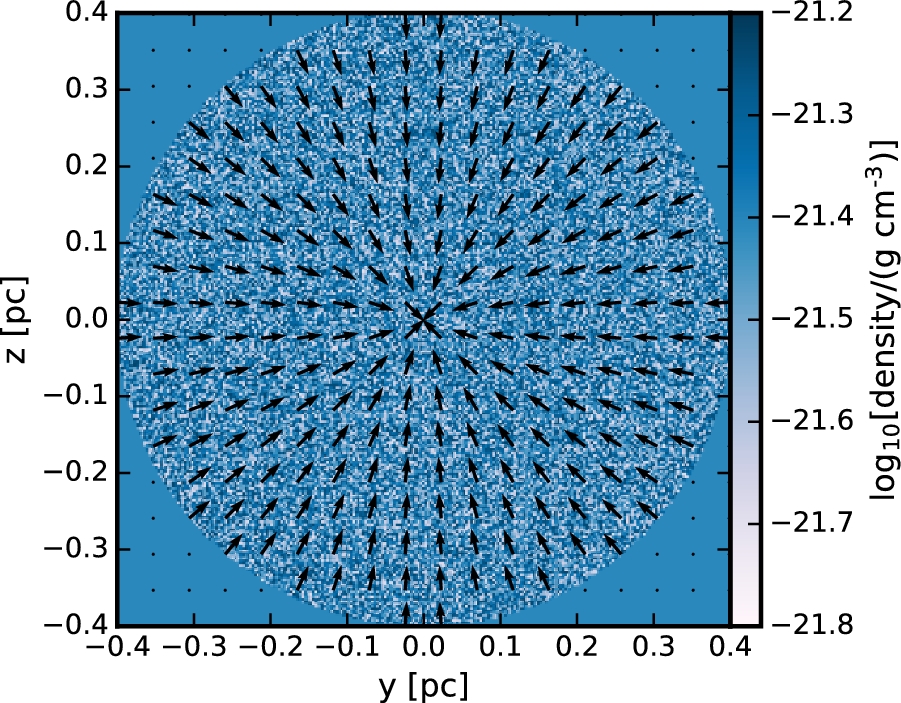