The accelerating pace of star formation

We study the temporal and spatial distribution of star formation rates in four well-studied star-forming regions in local molecular clouds (MCs): Taurus, Perseus, ρ Ophiuchi, and Orion A. Using published mass and age estimates for young stellar objects in each system, we show that the rate of star formation over the last 10 Myr has been accelerating and is (roughly) consistent with a t2 power law. This is in line with previous studies of the star formation history of MCs and with recent theoretical studies. We further study the clustering of star formation in the Orion nebula cluster. We examine the distribution of young stellar objects as a function of their age by computing an effective half-light radius for these young stars subdivided into age bins. We show that the distribution of young stellar objects is broadly consistent with the star formation being entirely localized within the central region. We also find a slow radial expansion of the newly formed stars at a velocity of v = 0.17 km s-1, which is roughly the sound speed of the cold molecular gas. This strongly suggests the dense structures that form stars persist much longer than the local dynamical time. We argue that this structure is quasi-static in nature and is likely the result of the density profile approaching an attractor solution as suggested by recent analytic and numerical analysis. 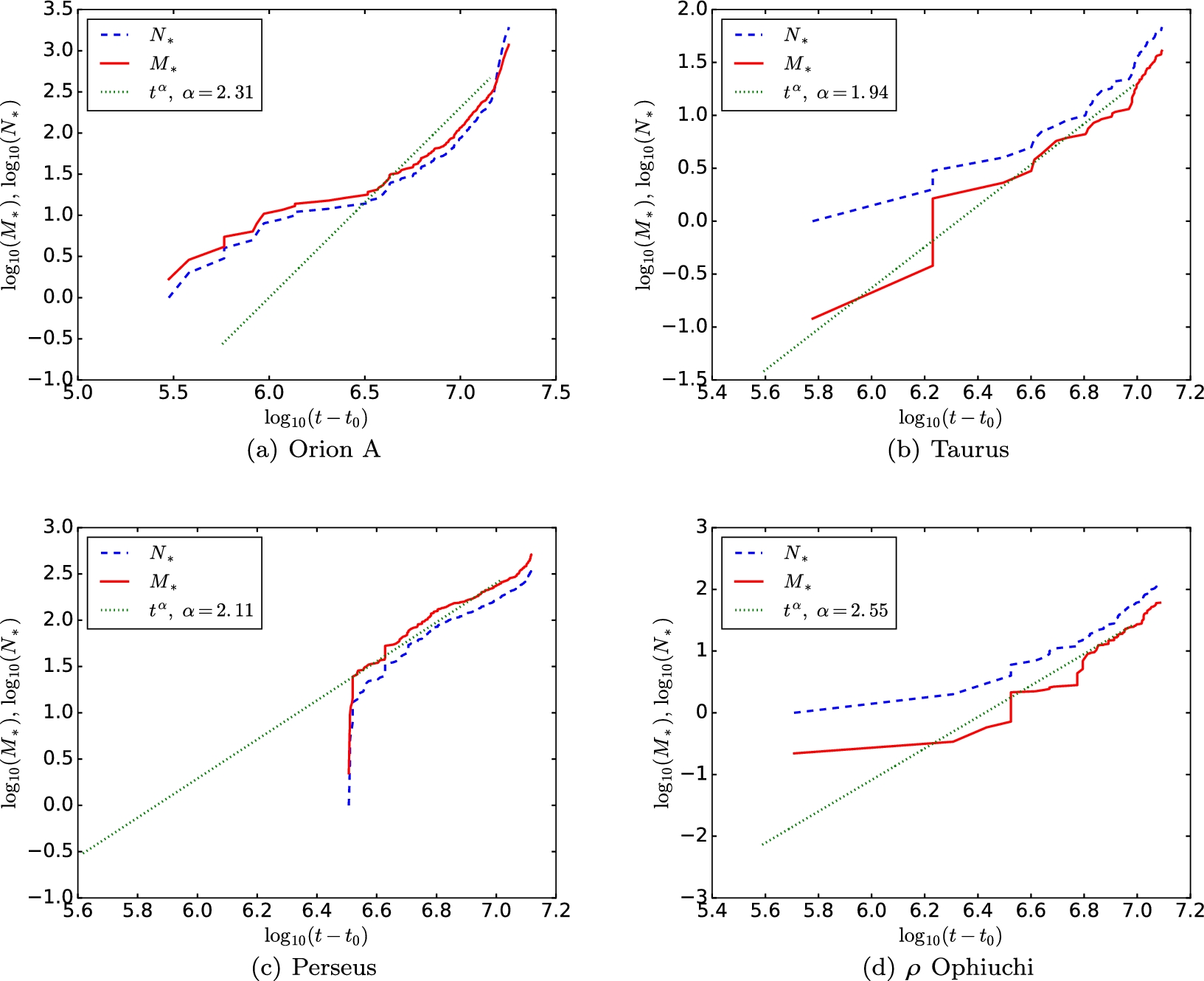