The globular cluster NGC 7492 and the Sagittarius tidal stream: together but unmixed

We have derived from VIMOS spectroscopy the radial velocities for a sample of 71 stars selected from CFHT/Megacam photometry around the Galactic globular cluster NGC 7492. In the resulting velocity distribution, it is possible to distinguish two relevant non-Galactic kinematic components along the same line of sight: a group of stars at 〈vr〉 ∼ 125 km s-1 which is compatible with the velocity of the old leading arm of the Sagittarius tidal stream, and a larger number of objects at 〈vr〉 ∼ -110 km s-1 that might be identified as members of the trailing wrap of the same stream. The systemic velocity of NGC 7492 set at vr ∼ -177 km s-1 differs significantly from that of both components, thus our results confirm that this cluster is not one of the globular clusters deposited by the Sagittarius dwarf spheroidal in the Galactic halo, even if it is immersed in the stream. A group of stars with 〈vr〉 ∼ - 180 km s-1 might be comprised of cluster members along one of the tidal tails of NGC 7492. 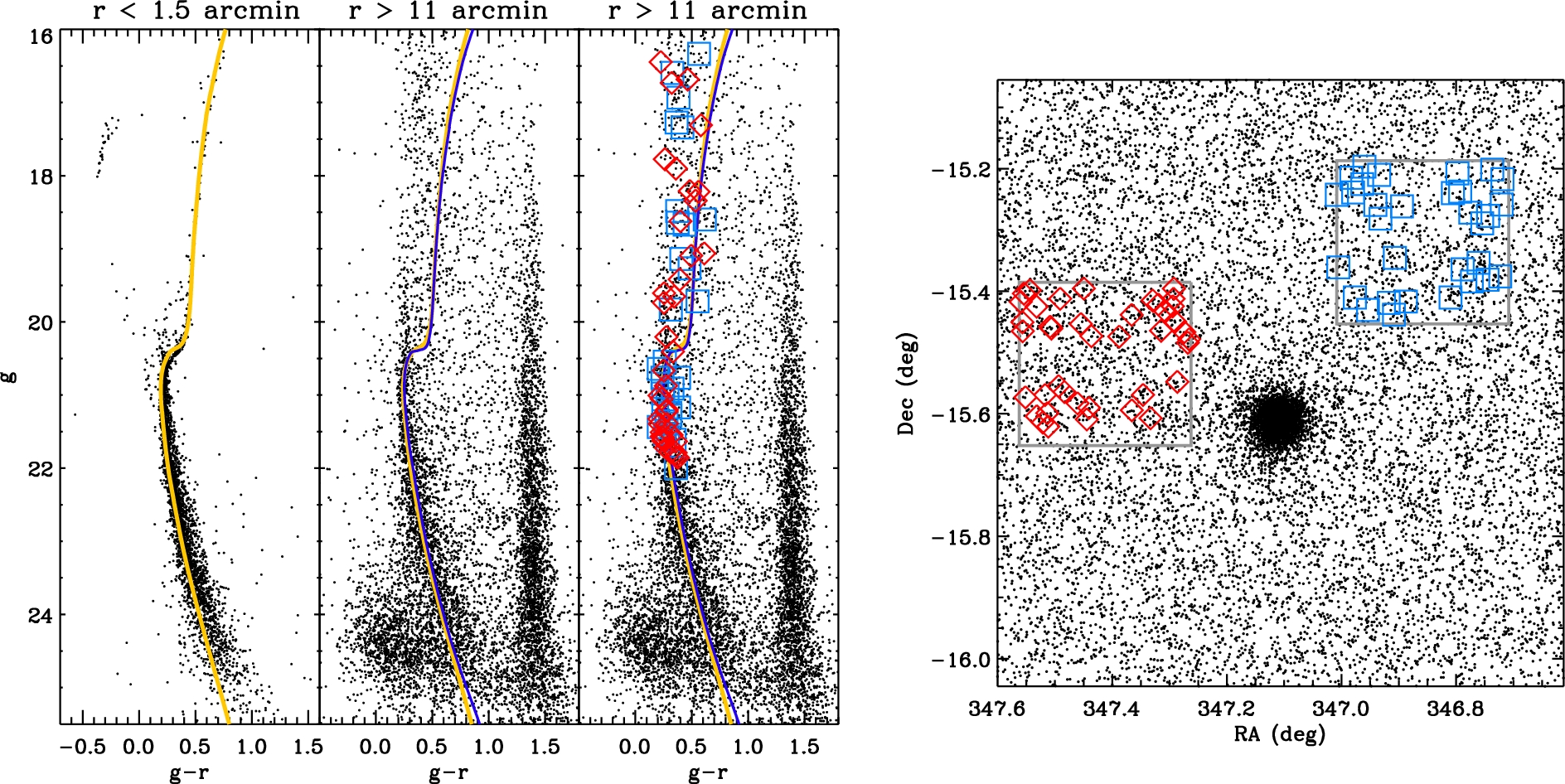