We study the characteristics of galaxy protoclusters using the latest L-GALAXIES semi-analytic model. Searching for protoclusters on a scale of ̃10 cMpc gives an excellent compromise between the completeness and purity of their galaxy populations, leads to high distinction from the field in overdensity space, and allows accurate determination of the descendant cluster mass. This scale is valid over a range of redshifts and selection criteria. We present a procedure for estimating, given a measured galaxy overdensity, the protocluster probability and its descendant cluster mass for a range of modelling assumptions, particularly taking into account the shape of the measurement aperture. This procedure produces lower protocluster probabilities compared to previous estimates using fixed size apertures. The relationship between active galactic nucleus (AGN) and protoclusters is also investigated and shows significant evolution with redshift; at z ̃ 2, the fraction of protoclusters traced by AGN is high, but the fraction of all AGNs in protoclusters is low, whereas at z ≥ 5 the fraction of protoclusters containing AGN is low, but most AGNs are in protoclusters. We also find indirect evidence for the emergence of a passive sequence in protoclusters at z ̃ 2, and note that a significant fraction of all galaxies reside in protoclusters at z ≥ 2, particularly the most massive. 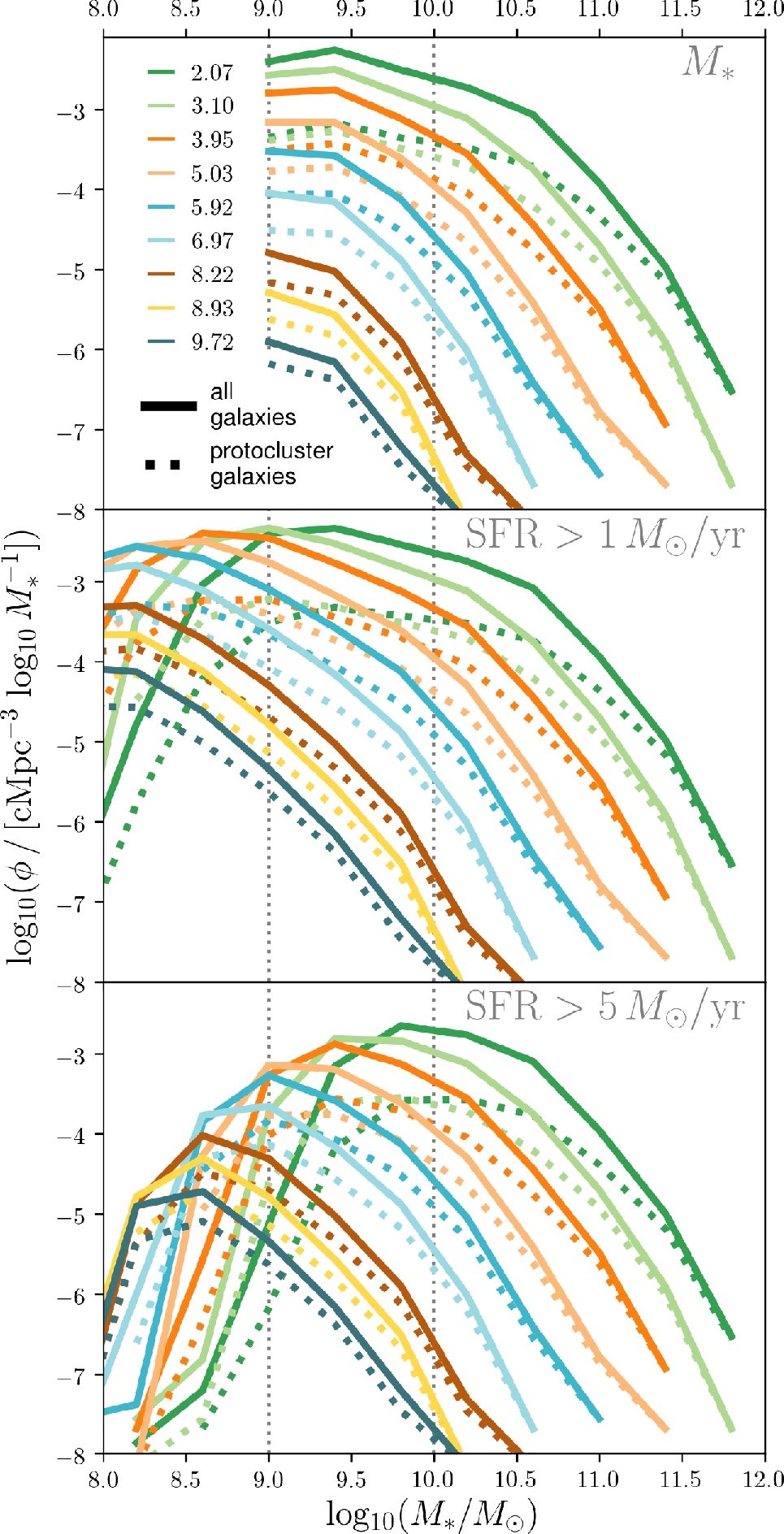