On the origin of the Monoceros Ring - I. Kinematics, proper motions, and the nature of the progenitor

The Monoceros Ring (MRi) structure is an apparent stellar overdensity that has been postulated to entirely encircle the Galactic plane and has been variously described as being due to line-of-sight effects of the Galactic warp and flare or of extragalactic origin (via accretion). Despite being intensely scrutinized in the literature for more than a decade, no studies to date have been able to definitively uncover its origins. Here we use N-body simulations and a genetic algorithm to explore the parameter space for the initial position, orbital parameters, and, for the first time, the final location of a satellite progenitor. We fit our models to the latest Pan-STARRS data to determine whether an accretion scenario is capable of producing an in-plane ring-like structure matching the known parameters of the MRi. Our simulations produce streams that closely match the location, proper motion, and kinematics of the MRi structure. However, we are not able to reproduce the mass estimates from earlier studies based on Pan-STARRS data. Furthermore, in contrast to earlier studies, our best-fitting models are those for progenitors on retrograde orbits. If the MRi was produced by satellite accretion, we find that its progenitor has an initial mass upper limit of ∼1010 M⊙ and the remnant is likely located behind the Galactic bulge, making it difficult to locate observationally. While our models produce realistic MRi-like structures, we cannot definitively conclude that the MRi was produced by the accretion of a satellite galaxy. 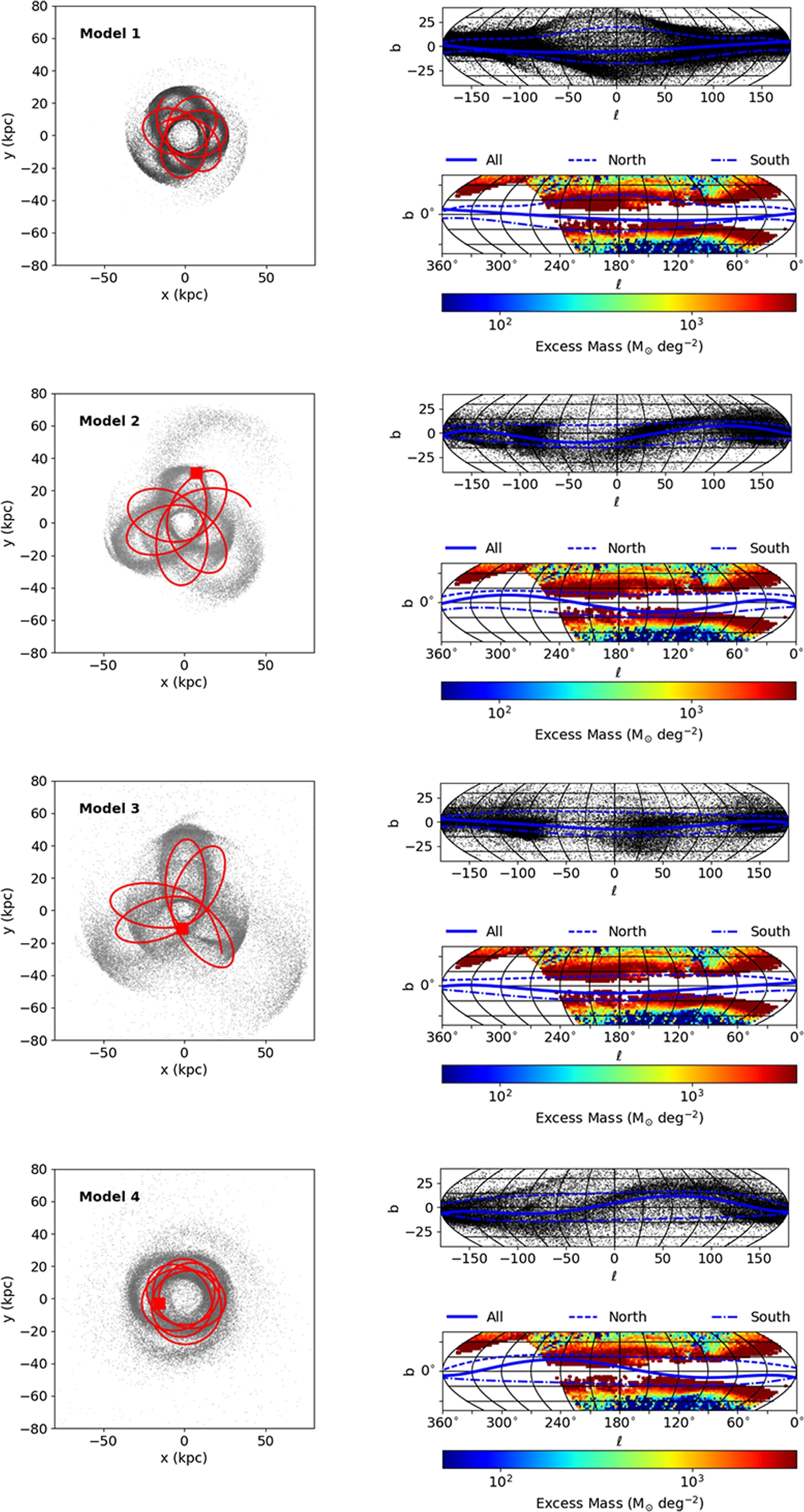