J1154+2443: a low-redshift compact star-forming galaxy with a 46 per cent leakage of Lyman continuum photons

We report the detection of the Lyman continuum (LyC) radiation of the compact star-forming galaxy (SFG) J1154+2443 observed with the Cosmic Origins Spectrograph (COS) onboard the Hubble Space Telescope. This galaxy, at a redshift of z = 0.3690, is characterized by a high emission-line flux ratio O32 = [O III] λ5007/[O II] λ3727 = 11.5. The escape fraction of the LyC radiation fesc(LyC) in this galaxy is 46 per cent, the highest value found so far in low-redshift SFGs and one of the highest values found in galaxies at any redshift. The narrow double-peaked Ly α emission line is detected in the spectrum of J1154+2443 with a separation between the peaks Vsep of 199 km s-1, one of the lowest known for Ly α-emitting galaxies, implying a high fesc(Ly α). Comparing the extinction-corrected Ly α/H β flux ratio with the case B value, we find fesc(Ly α) = 98 per cent. Our observations, combined with previous detections in the literature, reveal an increase of O32 with increasing fesc(LyC). We also find a tight anticorrelation between fesc(LyC) and Vsep. The surface brightness profile derived from the COS acquisition image reveals a bright star-forming region in the centre and an exponential disc in the outskirts with a disc scale length α = 1.09 kpc. J1154+2443, compared to other known low-redshift LyC leakers, is characterized by the lowest metallicity, 12+log O/H = 7.65 ± 0.01, the lowest stellar mass M⋆ = 108.20 M⊙, a similar star formation rate SFR = 18.9 M⊙ yr-1, and a high specific SFR of 1.2 × 10-7 yr-1. 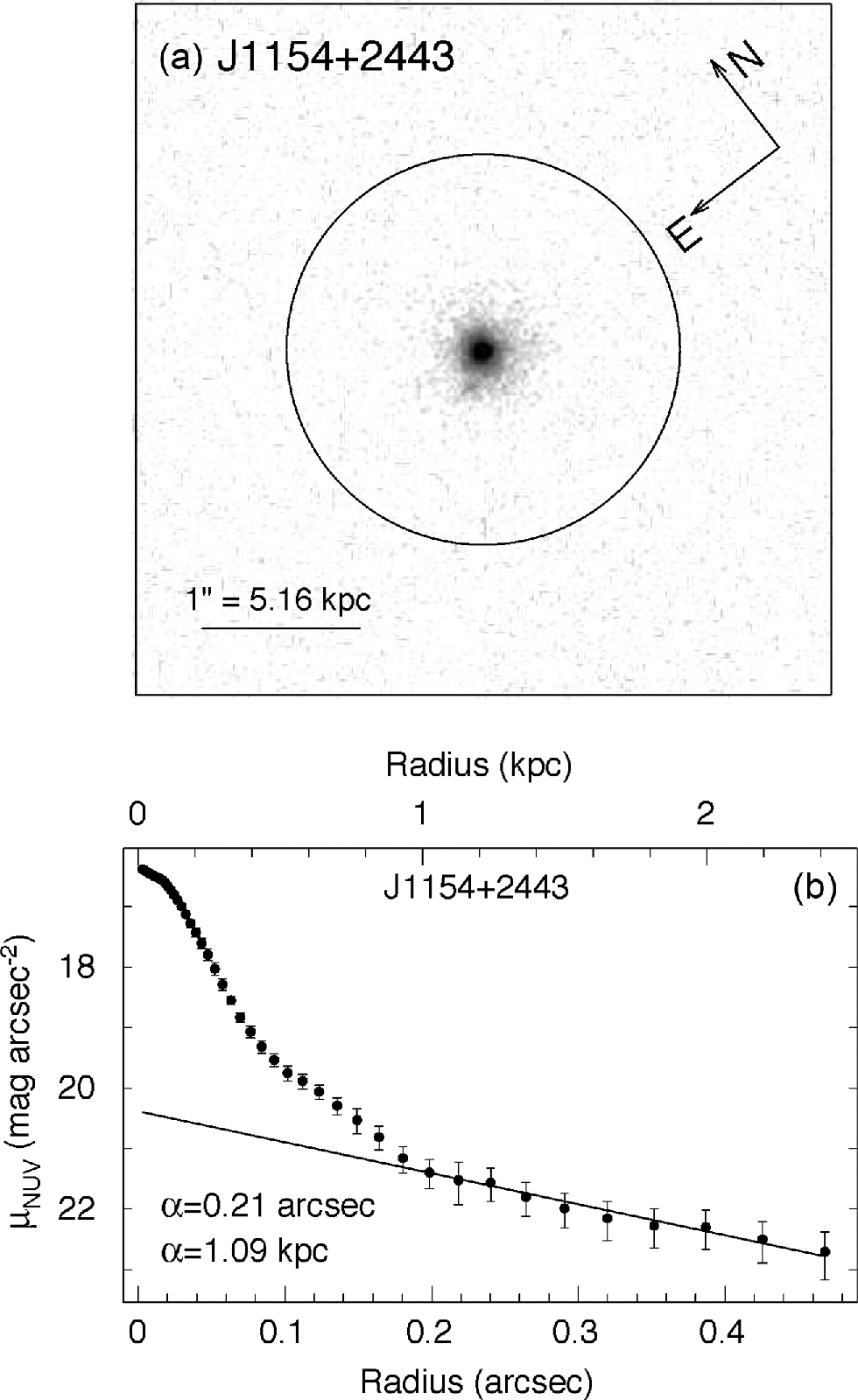