We describe data release 3 (DR3) of the Galaxy And Mass Assembly (GAMA) survey. The GAMA survey is a spectroscopic redshift and multiwavelength photometric survey in three equatorial regions each of 60.0 deg2 (G09, G12, and G15), and two southern regions of 55.7 deg2 (G02) and 50.6 deg2 (G23). DR3 consists of: the first release of data covering the G02 region and of data on H-ATLAS (Herschel - Astrophysical Terahertz Large Area Survey) sources in the equatorial regions; and updates to data on sources released in DR2. DR3 includes 154 809 sources with secure redshifts across four regions. A subset of the G02 region is 95.5 per cent redshift complete to r < 19.8 mag over an area of 19.5 deg2, with 20 086 galaxy redshifts, that overlaps substantially with the XXL survey (X-ray) and VIPERS (redshift survey). In the equatorial regions, the main survey has even higher completeness (98.5 per cent), and spectra for about 75 per cent of H-ATLAS filler targets were also obtained. This filler sample extends spectroscopic redshifts, for probable optical counterparts to H-ATLAS submillimetre sources, to 0.8 mag deeper (r < 20.6 mag) than the GAMA main survey. There are 25 814 galaxy redshifts for H-ATLAS sources from the GAMA main or filler surveys. GAMA DR3 is available at the survey website (www.gama-survey.org/dr3/). 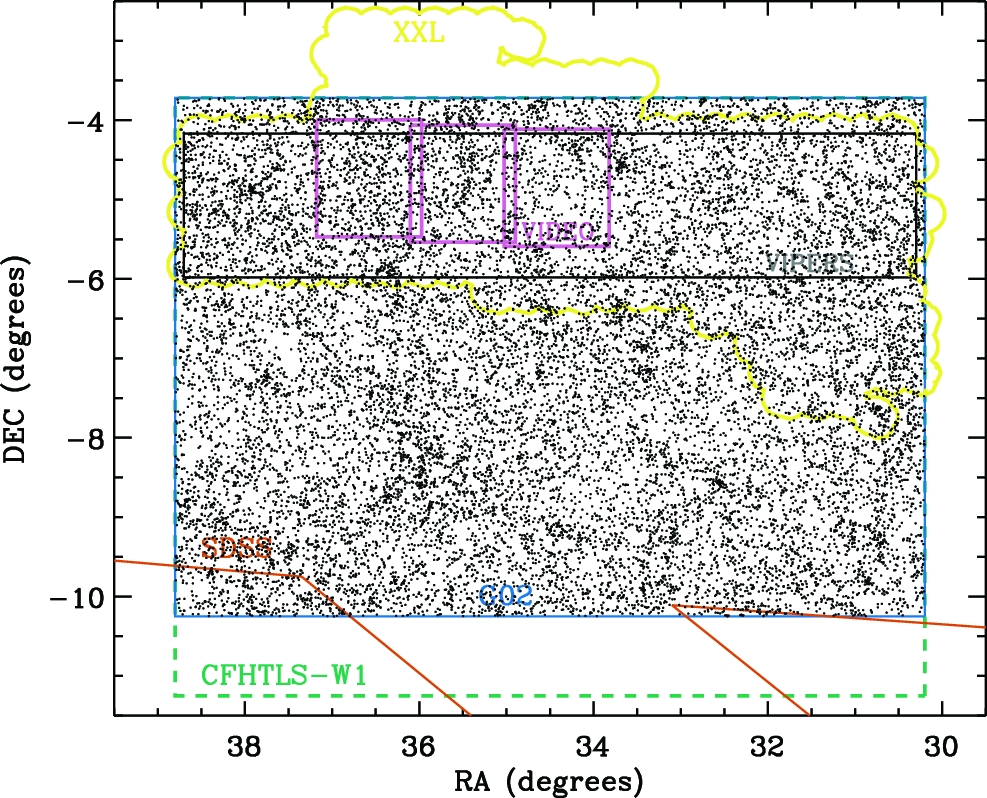