We use spatially resolved spectroscopy from the Calar Alto Legacy Integral Field Area (CALIFA) survey to study the nature of the line emitting gas in galaxies of different Hubble types, focusing on the separation of star-forming (SF) regions from those better characterized as diffuse ionized gas (DIG). The diagnosis is carried out in terms of the equivalent width of H α (WH α). Three nebular regimes are identified. Regions where WH α < 3 Å define what we call the hDIG, the component of the DIG where photoionization is dominated by hot, low-mass, evolved stars. Regions where WH α > 14 Å trace SF complexes. WH α values in the intermediate 3-14 Å range reflect a mixed regime (mDIG) where more than one process contributes. This three-tier scheme is inspired both by theoretical and empirical considerations. Its application to CALIFA galaxies of different types and inclinations leads to the following results: (i) the hDIG component is prevalent throughout ellipticals and S0's as well as in bulges, and explains the strongly bimodal distribution of WH α both among and within galaxies. (ii) Early-type spirals have some hDIG in their discs, but this component becomes progressively less relevant for later Hubble types. (iii) hDIG emission is also present above and below galactic discs, as seen in several edge-on spirals in our sample. (iv) The SF/mDIG proportion grows steadily from early- to late-type spirals, and from inner to outer radii. (v) Besides circumventing basic inconsistencies in conventional DIG/SF separation criteria based on the H α surface brightness, our WH α-based method produces results in agreement with a classical excitation diagram analysis. 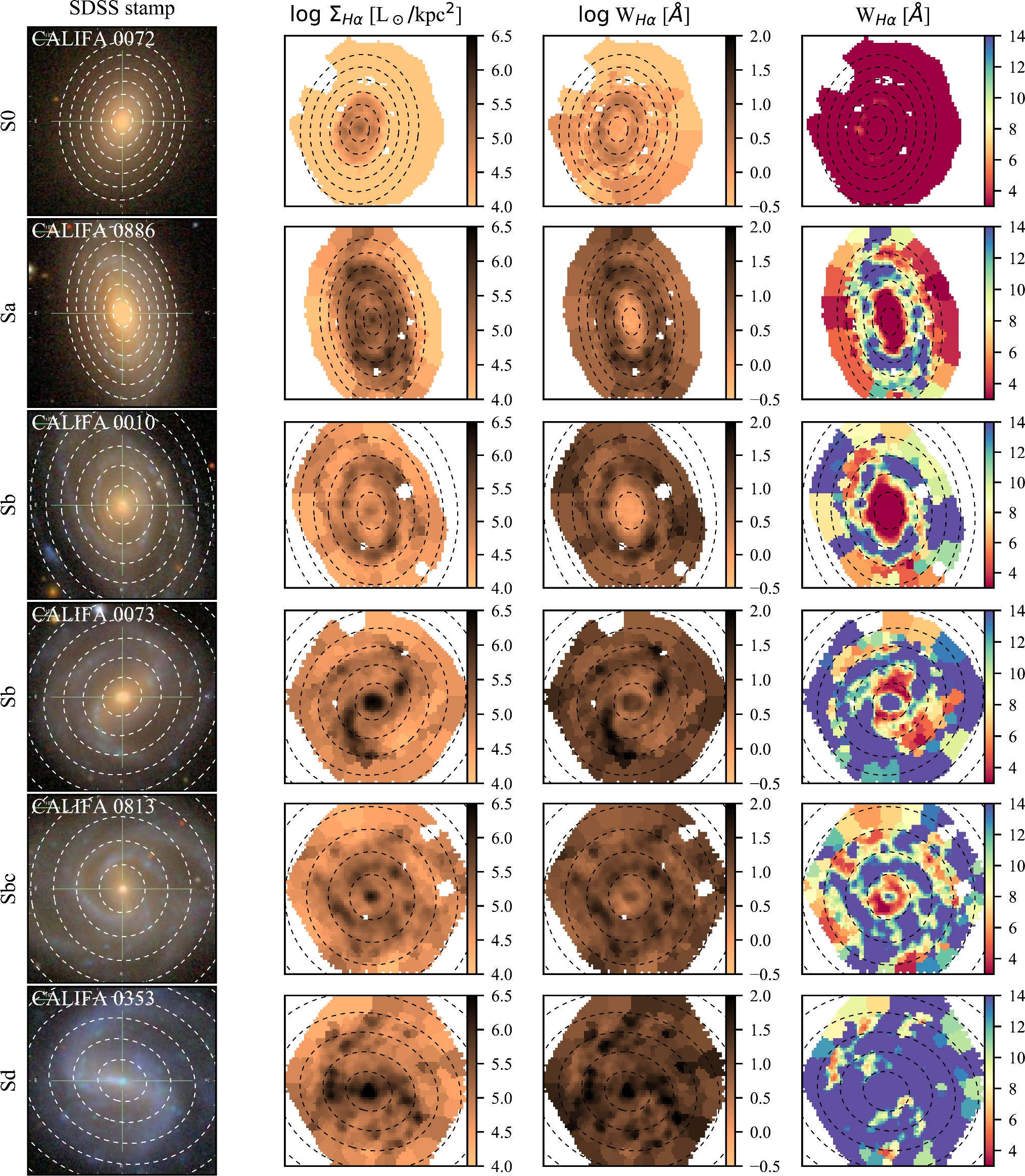