Origin of chemically distinct discs in the Auriga cosmological simulations

The stellar disc of the Milky Way shows complex spatial and abundance structure that is central to understanding the key physical mechanisms responsible for shaping our Galaxy. In this study, we use six very high resolution cosmological zoom-in simulations of Milky Way-sized haloes to study the prevalence and formation of chemically distinct disc components. We find that our simulations develop a clearly bimodal distribution in the [α/Fe]-[Fe/H] plane. We find two main pathways to creating this dichotomy, which operate in different regions of the galaxies: (a) an early (z > 1) and intense high-[α/Fe] star formation phase in the inner region (R ≲ 5 kpc) induced by gas-rich mergers, followed by more quiescent low-[α/Fe] star formation; and (b) an early phase of high-[α/Fe] star formation in the outer disc followed by a shrinking of the gas disc owing to a temporarily lowered gas accretion rate, after which disc growth resumes. In process (b), a double-peaked star formation history around the time and radius of disc shrinking accentuates the dichotomy. If the early star formation phase is prolonged (rather than short and intense), chemical evolution proceeds as per process (a) in the inner region, but the dichotomy is less clear. In the outer region, the dichotomy is only evident if the first intense phase of star formation covers a large enough radial range before disc shrinking occurs; otherwise, the outer disc consists of only low-[α/Fe] sequence stars. We discuss the implication that both processes occurred in the Milky Way. 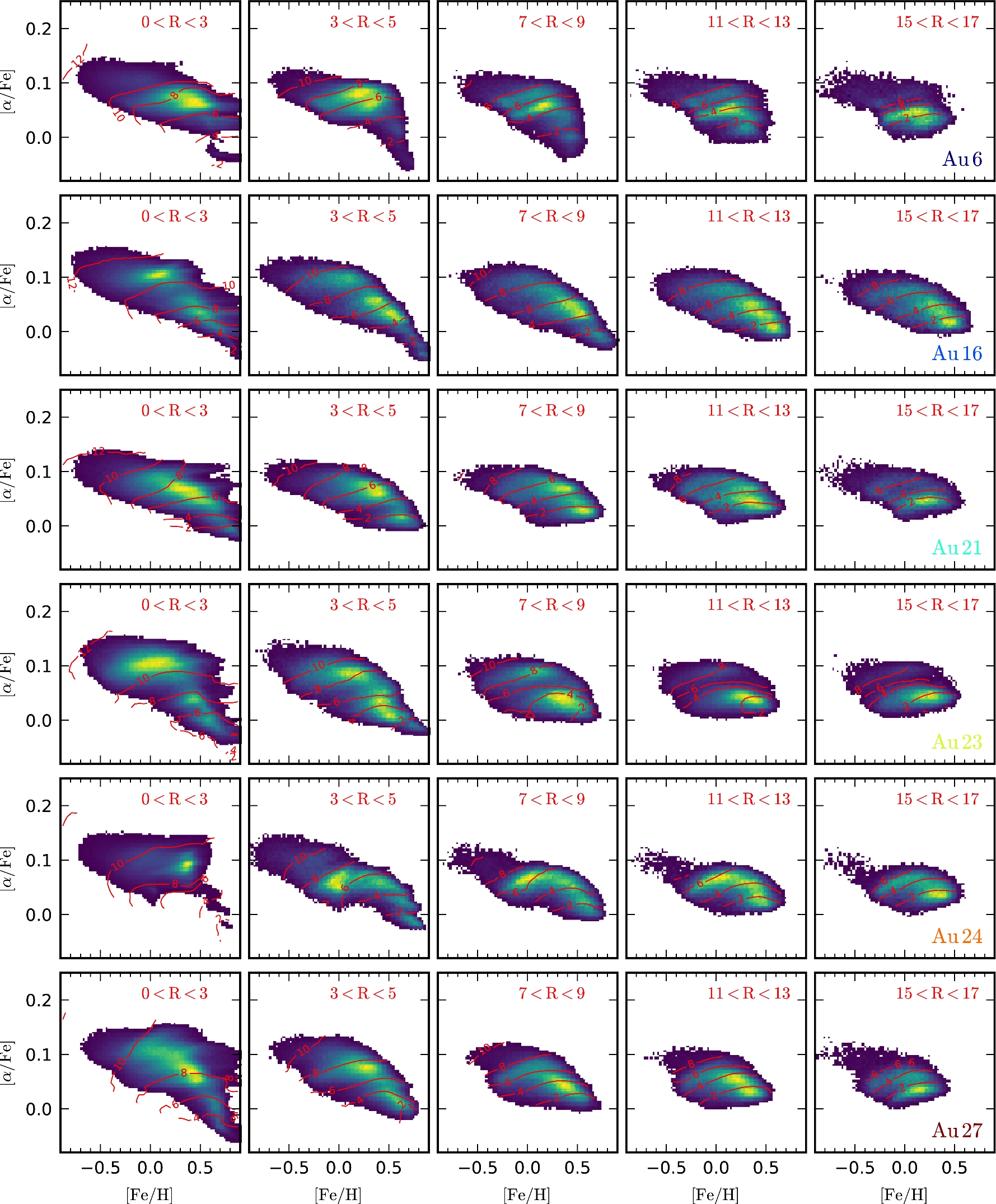