At only 90 Mpc, ASASSN-14li is one of the nearest tidal disruption events (TDE) ever discovered, and because of this, it has been observed by several observatories at many wavelengths. In this paper, we present new results on archival XMM-Newton observations, three of which were taken at early times (within 40 d of the discovery), and three of which were taken at late times, about 1 yr after the peak. We find that, at early times, in addition to the ∼105 K blackbody component that dominates the X-ray band, there is evidence for a broad, P Cygni-like absorption feature at around 0.7 keV in all XMM-Newton instruments (CCD detectors and grating spectrometers), and that this feature disappears (or at least diminishes) in the late-time observations. We perform photoionization modelling with XSTAR and interpret this absorption feature as blueshifted O VIII, from an ionized outflow with a velocity of 0.2 c. As the TDE transitions from high to low accretion rate, the outflow turns off, thus explaining why the absorption is less evident in the late-time observations. 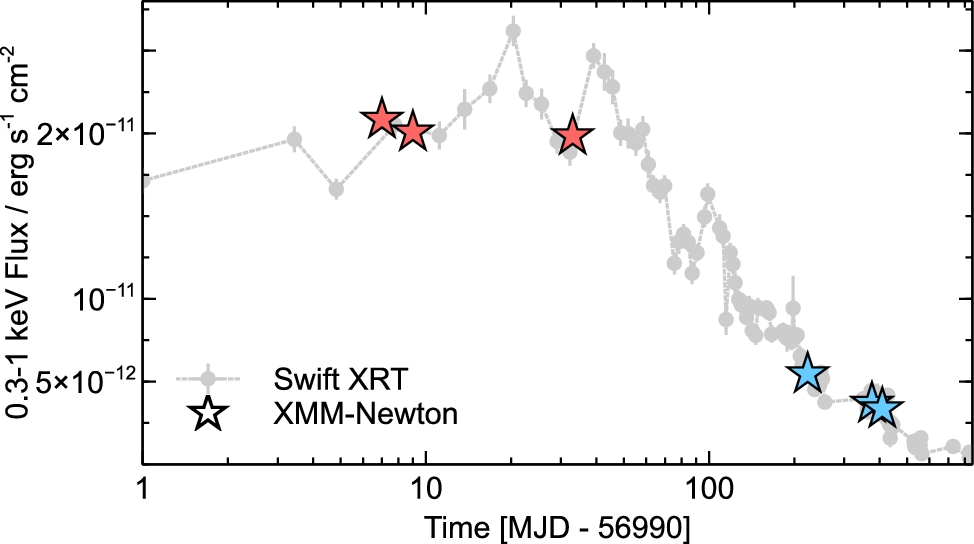