The first four gravitational wave events detected by LIGO were all interpreted as merging black hole binaries (BHBs), opening a new perspective on the study of such systems. Here we use our new population-synthesis code MOBSE, an upgraded version of BSE, to investigate the demography of merging BHBs. MOBSE includes metallicity-dependent prescriptions for mass-loss of massive hot stars. It also accounts for the impact of the electron-scattering Eddington factor on mass-loss. We perform >108 simulations of isolated massive binaries, with 12 different metallicities, to study the impact of mass-loss, core-collapse supernovae and common envelope on merging BHBs. Accounting for the dependence of stellar winds on the Eddington factor leads to the formation of black holes (BHs) with mass up to 65 M⊙ at metallicity Z ∼ 0.0002. However, most BHs in merging BHBs have masses ≲ 40 M⊙. We find merging BHBs with mass ratios in the 0.1-1.0 range, even if mass ratios >0.6 are more likely. We predict that systems like GW150914, GW170814 and GW170104 can form only from progenitors with metallicity Z ≤ 0.006, Z ≤ 0.008 and Z ≤ 0.012, respectively. Most merging BHBs have gone through a common envelope phase, but up to ∼17 per cent merging BHBs at low metallicity did not undergo any common envelope phase. We find a much higher number of mergers from metal-poor progenitors than from metal-rich ones: the number of BHB mergers per unit mass is ∼10-4 M_{⊙}^{-1} at low metallicity (Z = 0.0002-0.002) and drops to ∼10-7 M_{⊙}^{-1} at high metallicity (Z ∼ 0.02). 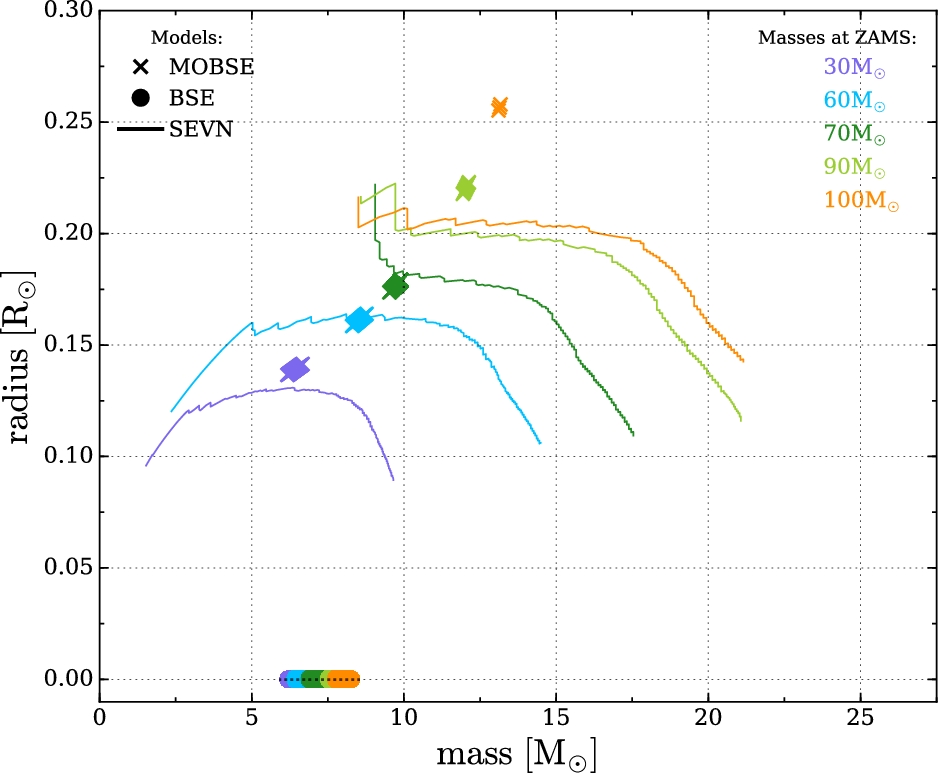