We present new Nuclear Spectroscopic Telescope Array (NuSTAR) observations of the core of IC 2497, the galaxy associated with Hanny's Voorwerp. The combined fits of the Chandra (0.5-8 keV) and NuSTAR (3-24 keV) X-ray spectra, together with WISE mid-IR photometry, optical longslit spectroscopy and optical narrow-band imaging, suggest that the galaxy hosts a Compton-thick active galactic nucleus (AGN) (NH ∼ 2 × 1024 cm-2, current intrinsic luminosity Lbol ∼ 2-5 × 1044 erg s-1) whose luminosity dropped by a factor of ∼50 within the last ∼100 kyr. This corresponds to a change in Eddington ratio (ER) from λEdd ∼ 0.35 to λEdd ∼ 0.007. We argue that the AGN in IC 2497 should not be classified as a changing-look AGN, but rather we favour the interpretation where the AGN is undergoing a change in accretion state (from radiatively efficient to radiatively inefficient). In this scenario, the observed drop in luminosity and ER corresponds to the final stage of an AGN accretion phase. Our results are consistent with previous studies in the optical, X-ray and radio although the magnitude of the drop is lower than previously suggested. In addition, we discuss a possible analogy between X-ray binaries and an AGN. 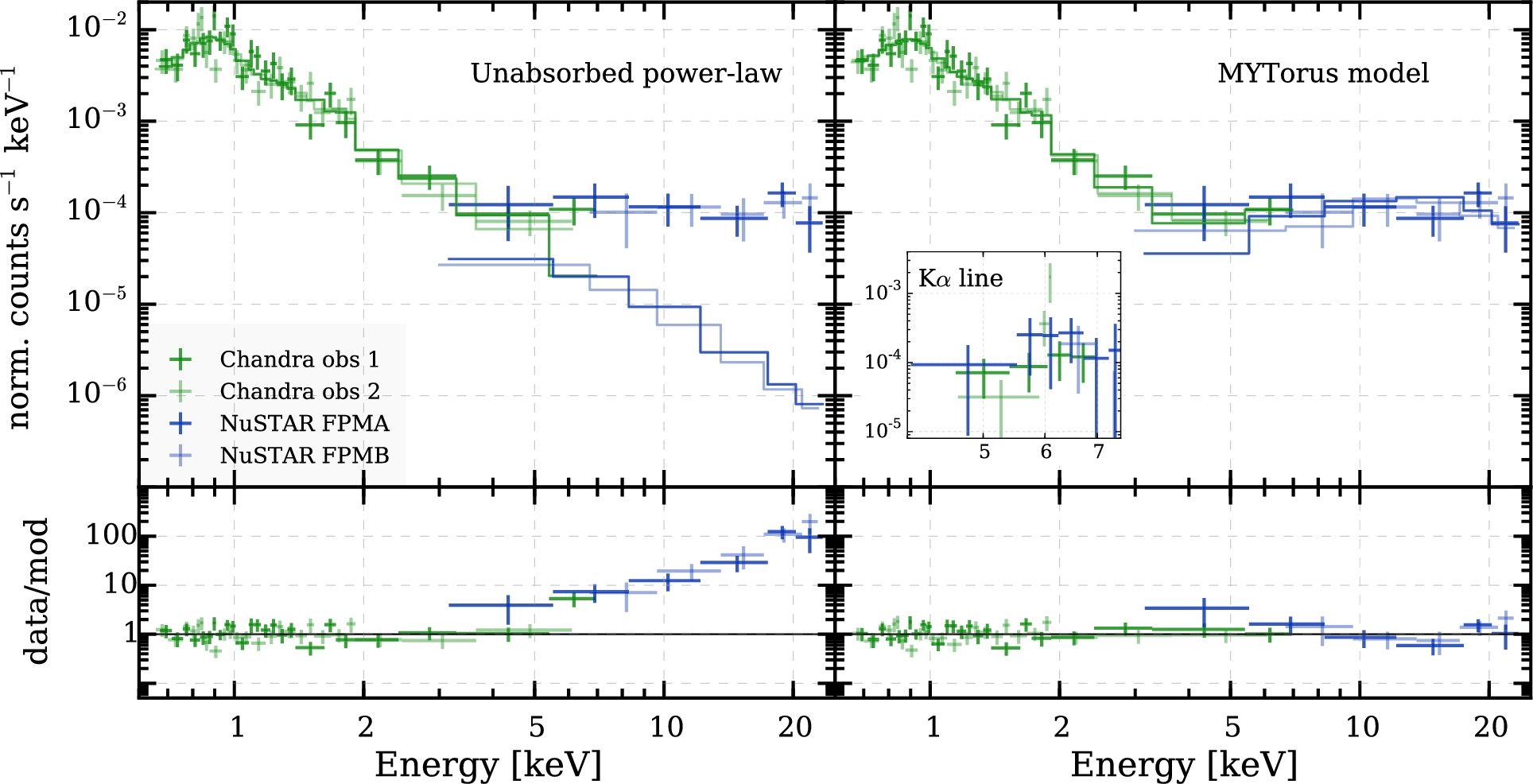