We describe polarization of the Sunyaev-Zel'dovich (SZ) effect associated with electron pressure anisotropy likely present in the intracluster medium (ICM). The ICM is an astrophysical example of a weakly collisional plasma where the Larmor frequencies of charged particles greatly exceed their collision frequencies. This permits formation of pressure anisotropies, driven by evolving magnetic fields via adiabatic invariance, or by heat fluxes. SZ polarization arises in the process of Compton scattering of the cosmic microwave background (CMB) photons off the thermal ICM electrons due to the difference in the characteristic thermal velocities of the electrons along two mutually orthogonal directions in the sky plane. The signal scales linearly with the optical depth of the region containing large-scale correlated anisotropy, and with the degree of anisotropy itself. It has the same spectral dependence as the polarization induced by cluster motion with respect to the CMB frame (kinematic SZ effect polarization), but can be distinguished by its spatial pattern. For the illustrative case of a galaxy cluster with a cold front, where electron transport is mediated by Coulomb collisions, we estimate the CMB polarization degree at the level of 10-8 (∼10 nK). An increase of the effective electron collisionality due to plasma instabilities will reduce the effect. Such polarization, therefore, may be an independent probe of the electron collisionality in the ICM, which is one of the key properties of a high-β weakly collisional plasma from the point of view of both astrophysics and plasma theory. 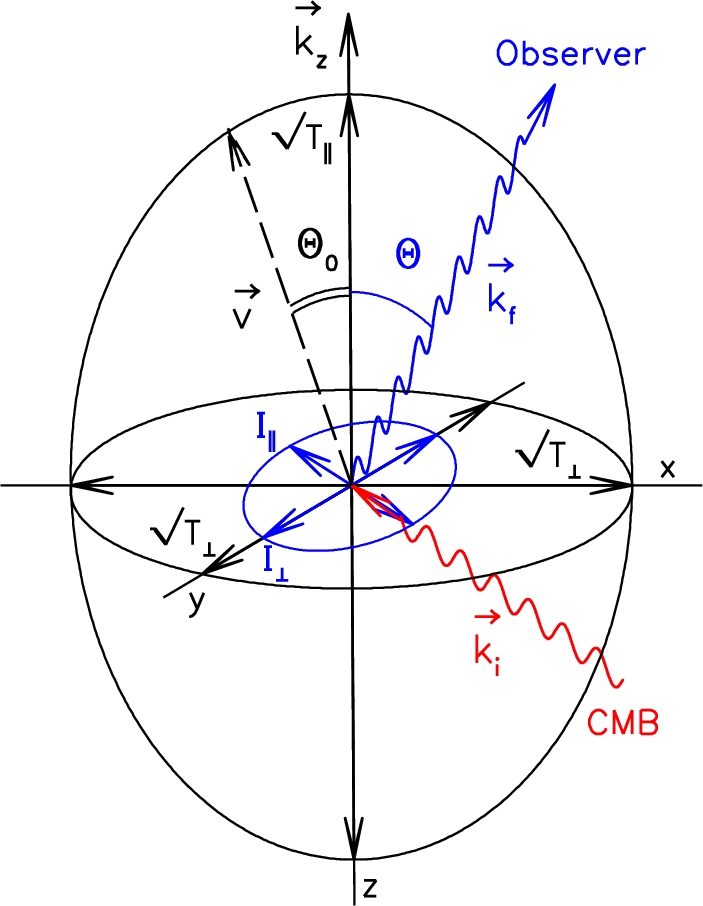