The fluence distribution of the fast radio burst (FRB) population (the `source count' distribution, N (>F) ∝Fα), is a crucial diagnostic of its distance distribution, and hence the progenitor evolutionary history. We critically reanalyse current estimates of the FRB source count distribution. We demonstrate that the Lorimer burst (FRB 010724) is subject to discovery bias, and should be excluded from all statistical studies of the population. We re-examine the evidence for flat, α > -1, source count estimates based on the ratio of single-beam to multiple-beam detections with the Parkes multibeam receiver, and show that current data imply only a very weak constraint of α ≲ -1.3. A maximum-likelihood analysis applied to the portion of the Parkes FRB population detected above the observational completeness fluence of 2 Jy ms yields α = -2.6_{-1.3}^{+0.7 }. Uncertainties in the location of each FRB within the Parkes beam render estimates of the Parkes event rate uncertain in both normalizing survey area and the estimated post-beam-corrected completeness fluence; this uncertainty needs to be accounted for when comparing the event rate against event rates measured at other telescopes. 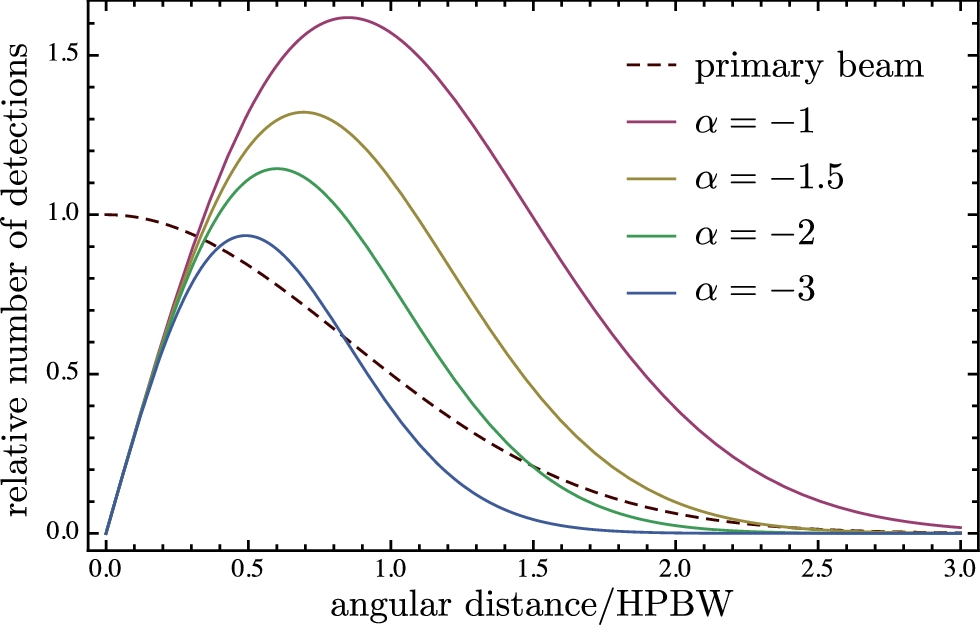