We present Dark Energy Camera imaging for the peculiar Galactic globular clusters NGC 1851, NGC 1904 (M 79), NGC 2298 and NGC 2808. Our deep photometry reveals that all the clusters have an important contribution of stars beyond their King tidal radii and present tails with different morphologies. We have also explored the surroundings of the clusters where the presence of the Canis Major overdensity and/or the low Galactic latitude Monoceros ring at d⊙ ∼ 8 kpc is evident. A second stellar system is found at d⊙ ∼ 17 kpc and spans at least 18 deg × 15 deg in the sky. As one of the possible scenarios to explain that feature, we propose that the unveiled system is part of Monoceros explained as a density wave moving towards the outer Milky Way. Alternatively, the unveiled system might be connected with other known halo substructures or associated with the progenitor dwarf galaxy of NGC 1851 and NGC 1904, which are widely considered accreted globular clusters. 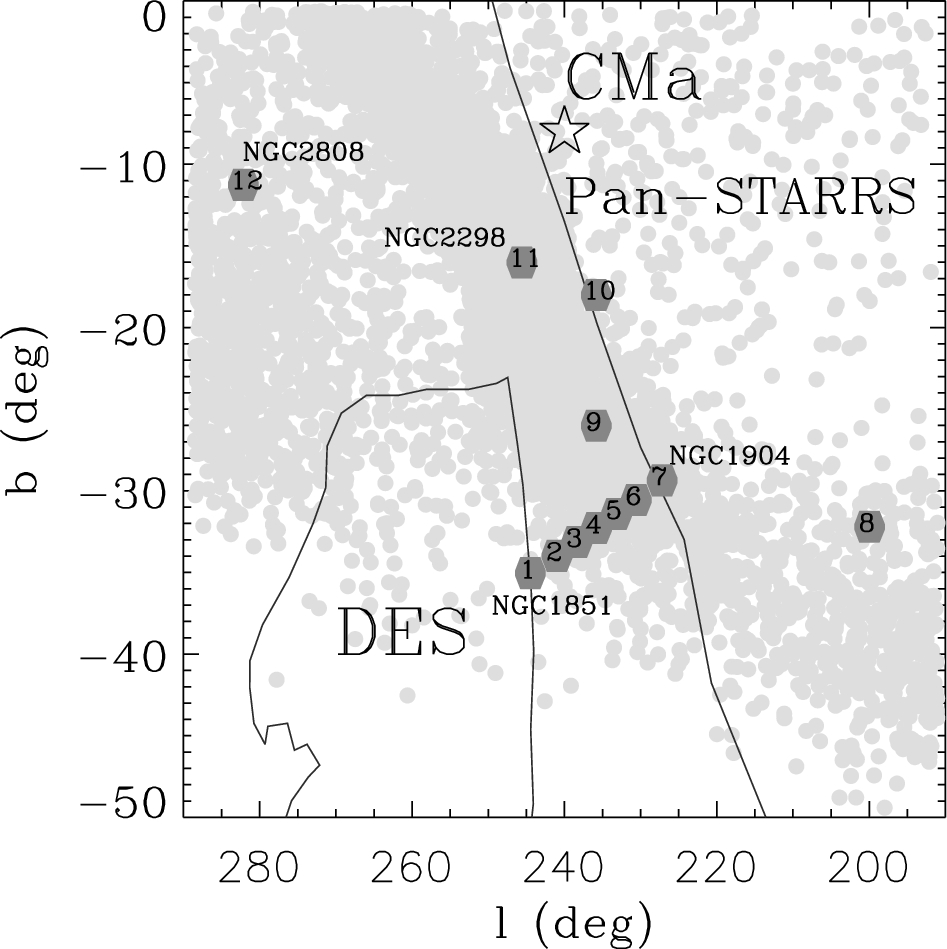