We present Keck/OSIRIS adaptive optics observations with 150-400 pc spatial sampling of 7 turbulent, clumpy disc galaxies from the DYNAMO sample ($0.07<z<0.2$). DYNAMO galaxies have previously been shown to be well matched in properties to main sequence galaxies at $z\sim1.5$. Integral field spectroscopy observations using adaptive optics are subject to a number of systematics including a variable PSF and spatial sampling, which we account for in our analysis. We present gas velocity dispersion maps corrected for these effects, and confirm that DYNAMO galaxies do have high gas velocity dispersion ($\sigma=40-80$\kms), even at high spatial sampling. We find statistically significant structure in 6 out of 7 galaxies. The most common distance between the peaks in velocity dispersion and emission line peaks is $\sim0.5$~kpc, we note this is very similar to the average size of a clump measured with HST H$\alpha$ maps. This could suggest that the peaks in velocity dispersion in clumpy galaxies likely arise due to some interaction between the clump and the surrounding ISM of the galaxy, though our observations cannot distinguish between outflows, inflows or velocity shear. Observations covering a wider area of the galaxies will be needed to confirm this result. 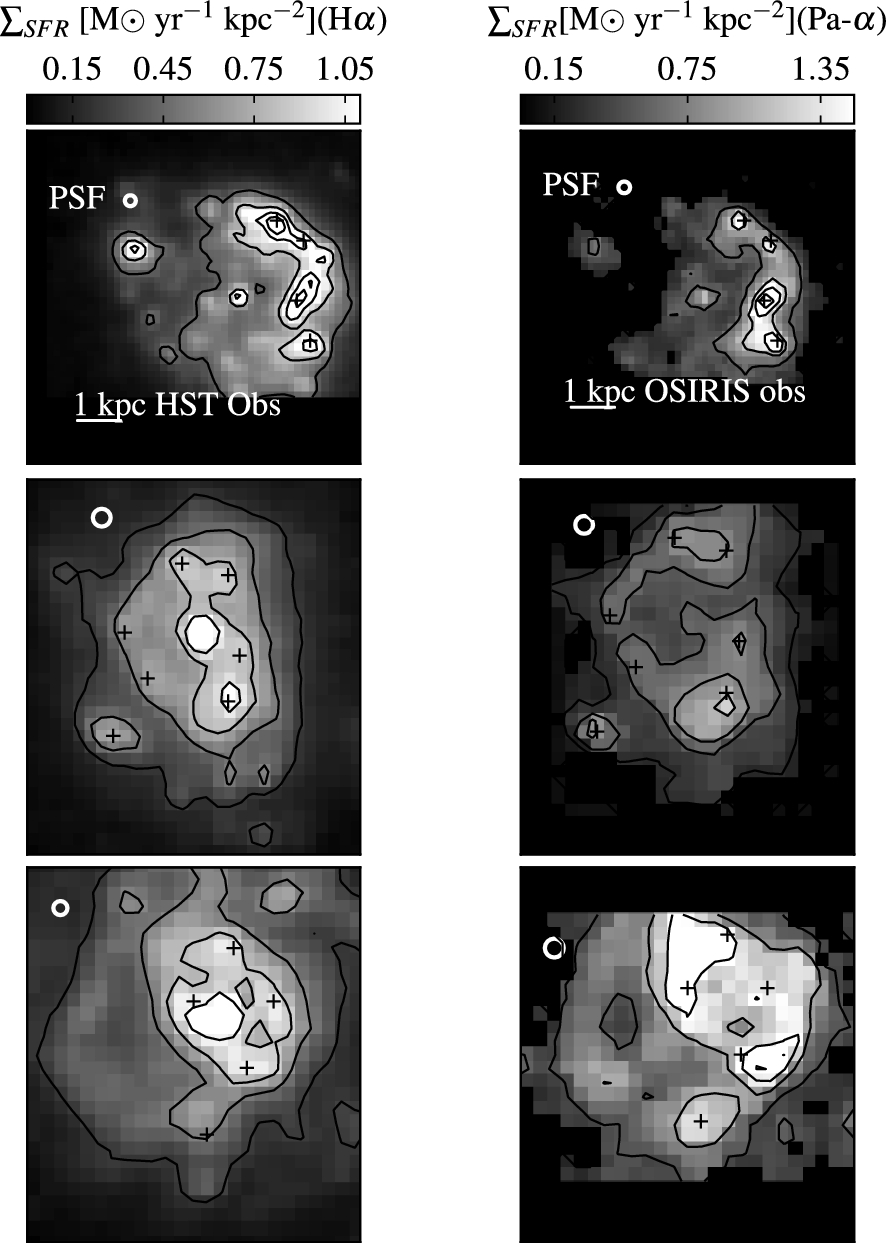