Recent work has studied the interplay between a galaxy's history and its observable properties using `genetically modified' cosmological zoom simulations. The approach systematically generates alternative histories for a halo, while keeping its cosmological environment fixed. Applications to date altered linear properties of the initial conditions, such as the mean overdensity of specified regions; we extend the formulation to include quadratic features, such as local variance, that determines the overall importance of smooth accretion relative to mergers in a galaxy's history. We introduce an efficient algorithm for this new class of modification and demonstrate its ability to control the variance of a region in a one-dimensional toy model. Outcomes of this work are twofold: (i) a clarification of the formulation of genetic modifications and (ii) a proof of concept for quadratic modifications leading the way to a forthcoming implementation in cosmological simulations. 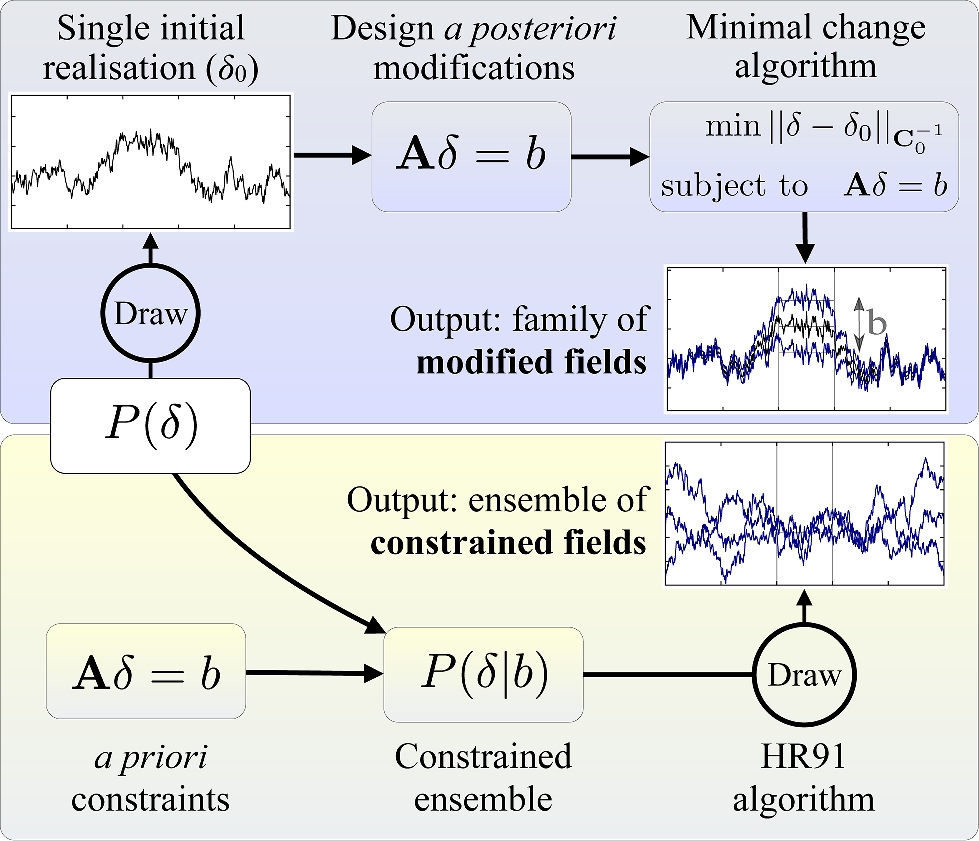