Deep exposure imaging of early-type galaxies (ETGs) are revealing the second-order complexity of these objects, which have been long considered uniform, dispersion-supported spheroidals. `Fine structure' features (e.g. ripples, plumes, tidal tails, rings) as well as depleted stellar cores (i.e. central light deficits) characterize a number of massive ETG galaxies, and can be interpreted as the result of galaxy-galaxy interactions. We discuss how the time-scale for the evolution of cores and fine structures are comparable, and hence it is expected that they develop in parallel after the major interaction event which shaped the ETG. Using archival data, we compare the `depleted stellar mass' (i.e. the mass missing from the depleted stellar core) against the prominence of the fine structure features, and observe that they correlate inversely. This result confirms our expectation that, while the supermassive black hole (SMBH) binary (constituted by the SMBHs of the merger progenitors) excavates the core via three-body interactions, the gravitational potential of the newborn galaxy relaxes, and the fine structures fade below detection levels. We expect the inverse correlation to hold at least within the first Gyr from the merger which created the SMBH binary; after then, the fine structure evolves independently. 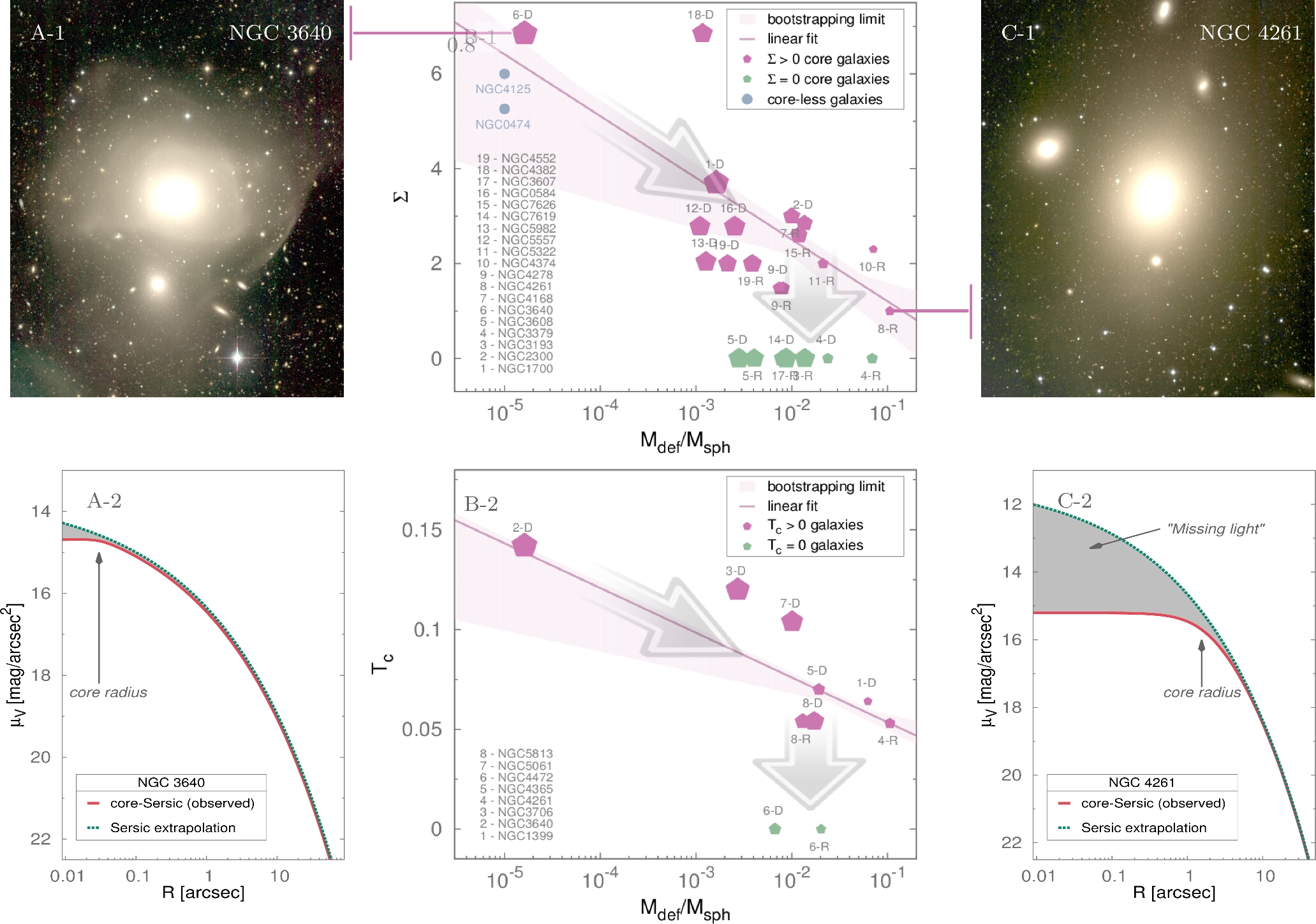