KIC 8462852 stood out among more than 100 000 stars in the Kepler catalogue because of the strange features of its light curve: a wide, asymmetric dimming taking up to 15 per cent of the light at D793 and a period of multiple, narrow dimmings happening approximately 700 d later. Several models have been proposed to account for this abnormal behaviour, most of which require either unlikely causes or a finely tuned timing. We aim at offering a relatively natural solution, invoking only phenomena that have been previously observed, although perhaps in larger or more massive versions. We model the system using a large, ringed body whose transit produces the first dimming and a swarm of Trojan objects sharing its orbit that causes the second period of multiple dimmings. The resulting orbital period is T ≈ 12 yr, with a semi-major axis a ≈ 6 au. Our model allows us to make two straightforward predictions: we expect the passage of a new swarm of Trojans in front of the star starting during the early months of 2021, and a new transit of the main object during the first half of 2023. 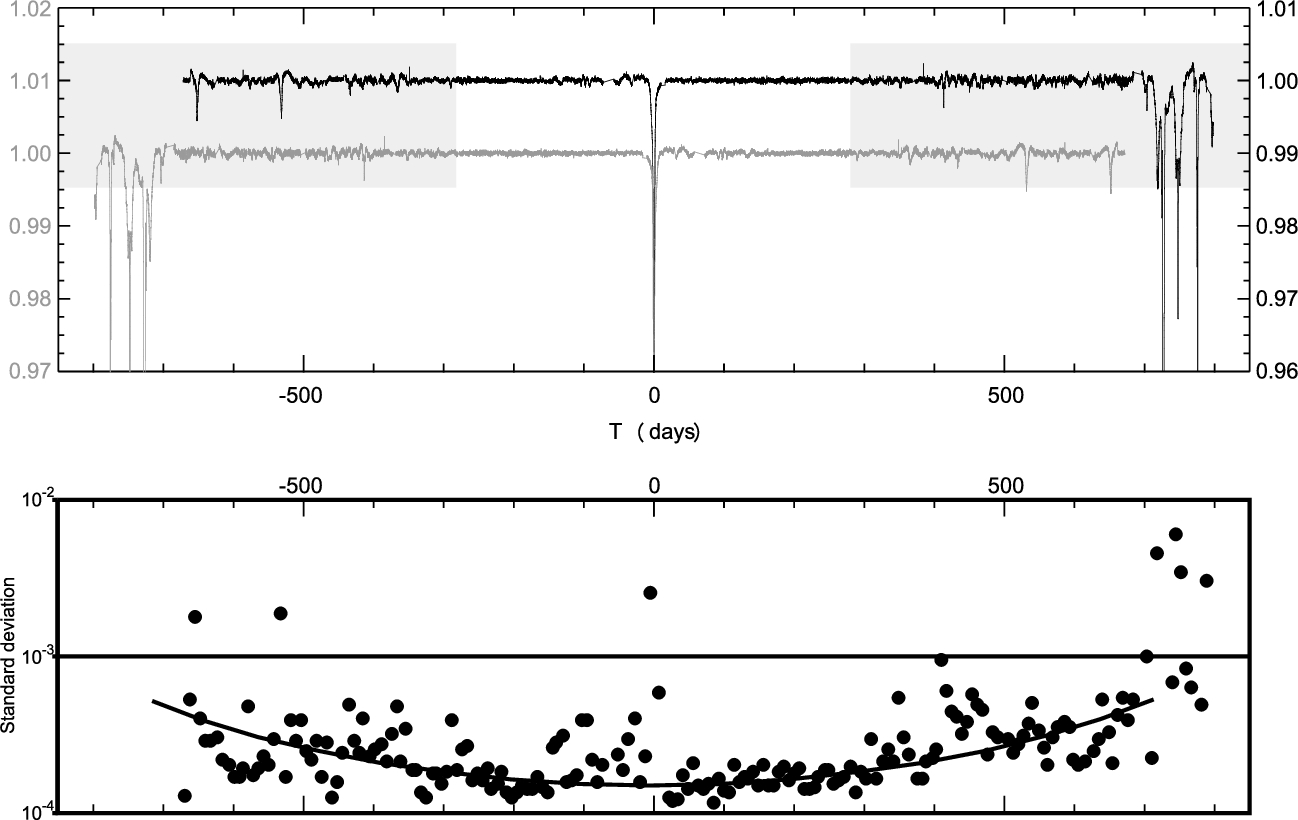