We use EAGLE to quantify the effect galaxy mergers have on the stellar specific angular momentum of galaxies, jstars. We split mergers into dry (gas-poor)/wet (gas-rich), major/minor and different spin alignments and orbital parameters. Wet (dry) mergers have an average neutral gas-to-stellar mass ratio of 1.1 (0.02), while major (minor) mergers are those with stellar mass ratios ≥0.3 (0.1-0.3). We correlate the positions of galaxies in the jstars-stellar mass plane at z = 0 with their merger history, and find that galaxies of low spins suffered dry mergers, while galaxies of normal/high spins suffered predominantly wet mergers, if any. The radial jstars profiles of galaxies that went through dry mergers are deficient by ≈0.3 dex at r ≲ 10 r50 (with r50 being the half-stellar mass radius), compared to galaxies that went through wet mergers. Studying the merger remnants reveals that dry mergers reduce jstars by ≈30 per cent, while wet mergers increase it by ≈10 per cent, on average. The latter is connected to the build-up of the bulge by newly formed stars of high rotational speed. Moving from minor to major mergers accentuates these effects. When the spin vectors of the galaxies prior to the dry merger are misaligned, jstars decreases by a greater magnitude, while in wet mergers corotation and high orbital angular momentum efficiently spun-up galaxies. We predict what would be the observational signatures in the jstars profiles driven by dry mergers: (i) shallow radial profiles and (ii) profiles that rise beyond ≈10 r50, both of which are significantly different from spiral galaxies. 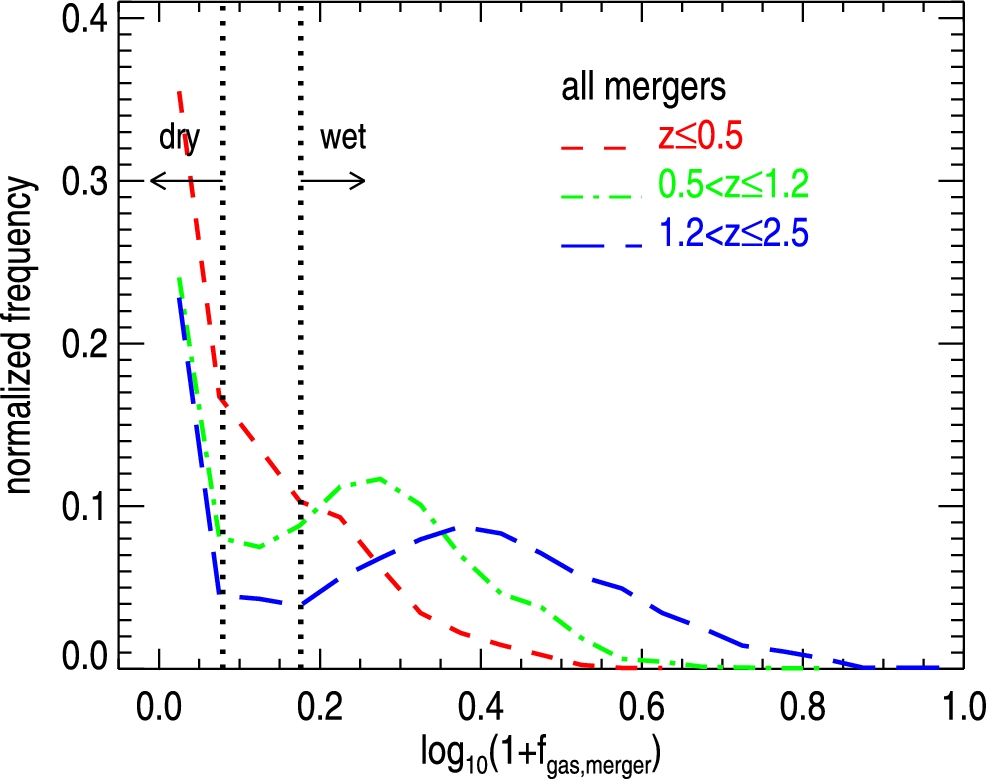