Interplanetary Scintillation with the Murchison Widefield Array I: a sub-arcsecond survey over 900 deg2 at 79 and 158 MHz

We present the first dedicated observations of Interplanetary Scintillation (IPS) with the Murchison Widefield Array. We have developed a synthesis imaging technique, tailored to the properties of modern 'large-N' low-frequency radio telescopes. This allows us to image the variability on IPS time-scales across 900 deg2 simultaneously. We show that for our observations, a sampling rate of just 2 Hz is sufficient to resolve the IPS signature of most sources. We develop tests to ensure that IPS variability is separated from ionospheric or instrumental variability. We validate our results by comparison with existing catalogues of IPS sources, and near-contemporaneous observations by other IPS facilities. Using just 5 min of data, we produce catalogues at both 79 and 158 MHz, each containing over 350 scintillating sources. At the field centre, we detect approximately one scintillating source per square degree, with a minimum scintillating flux density at 158 MHz of 110 mJy, corresponding to a compact flux density of approximately 400 mJy. Each of these sources is a known radio source, however only a minority were previously known to contain sub-arcsecond components. We discuss our findings and the prospects they hold for future astrophysical and heliospheric studies. 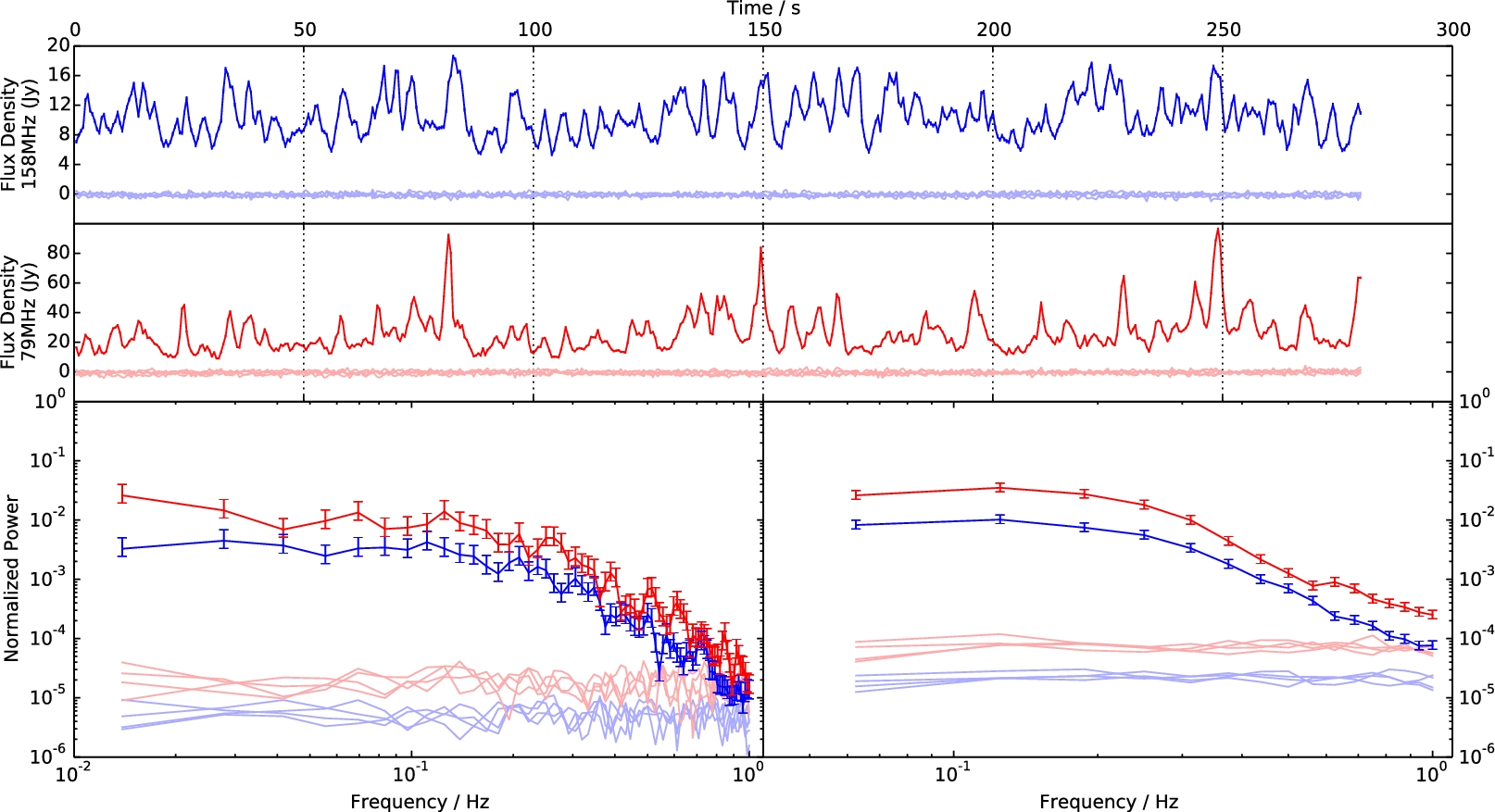