The atmospheres of between one quarter and one half of observed single white dwarfs in the Milky Way contain heavy element pollution from planetary debris. The pollution observed in white dwarfs in binary star systems is, however, less clear, because companion star winds can generate a stream of matter which is accreted by the white dwarf. Here, we (i) discuss the necessity or lack thereof of a major planet in order to pollute a white dwarf with orbiting minor planets in both single and binary systems, and (ii) determine the critical binary separation beyond which the accretion source is from a planetary system. We hence obtain user-friendly functions relating this distance to the masses and radii of both stars, the companion wind, and the accretion rate on to the white dwarf, for a wide variety of published accretion prescriptions. We find that for the majority of white dwarfs in known binaries, if pollution is detected, then that pollution should originate from planetary material. 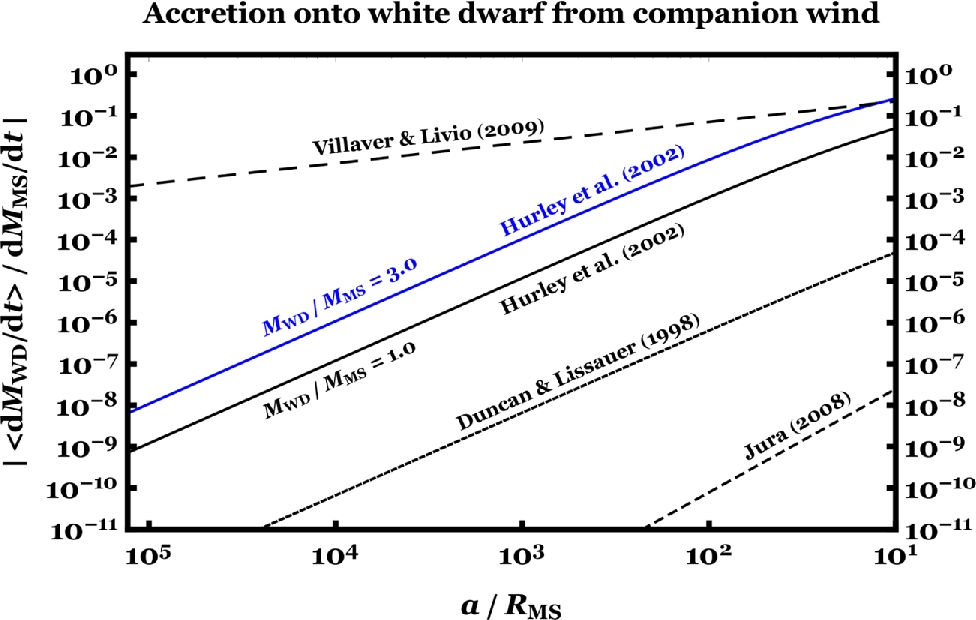