We investigate the abundance patterns for four groups of stars at evolutionary phases from sub-giant to red clump (RC) and trace the chemical evolution of the disc by taking 21 individual elemental abundances from APOGEE and ages from evolutionary models with the aid of Hipparcos distances. We find that the abundances of six elements (Si, S, K, Ca, Mn and Ni) are similar from the sub-giant phase to the RC phase. In particular, we find that a group of stars with low [C/N] ratios, mainly from the second sequence of RC stars, show that there is a difference in the transfer efficiency of the C-N-O cycle between the main and the secondary RC sequences. We also compare the abundance patterns of C-N, Mg-Al and Na-O with giant stars in globular clusters from APOGEE and find that field stars follow similar patterns as M107, a metal-rich globular cluster with [M/H] ˜- 1.0, which shows that the self-enrichment mechanism represented by strong C-N, Mg-Al and Na-O anti-correlations may not be important as the metallicity reaches [M/H] > -1.0 dex. Based on the abundances of above-mentioned six elements and [Fe/H], we investigate age versus abundance relations and find some old super-metal-rich stars in our sample. Their properties of old age and being rich in metal are evidence for stellar migration. The age versus metallicity relations in low-[α/M] bins show unexpectedly positive slopes. We propose that the fresh metal-poor gas infalling on to the Galactic disc may be the precursor for this unexpected finding. 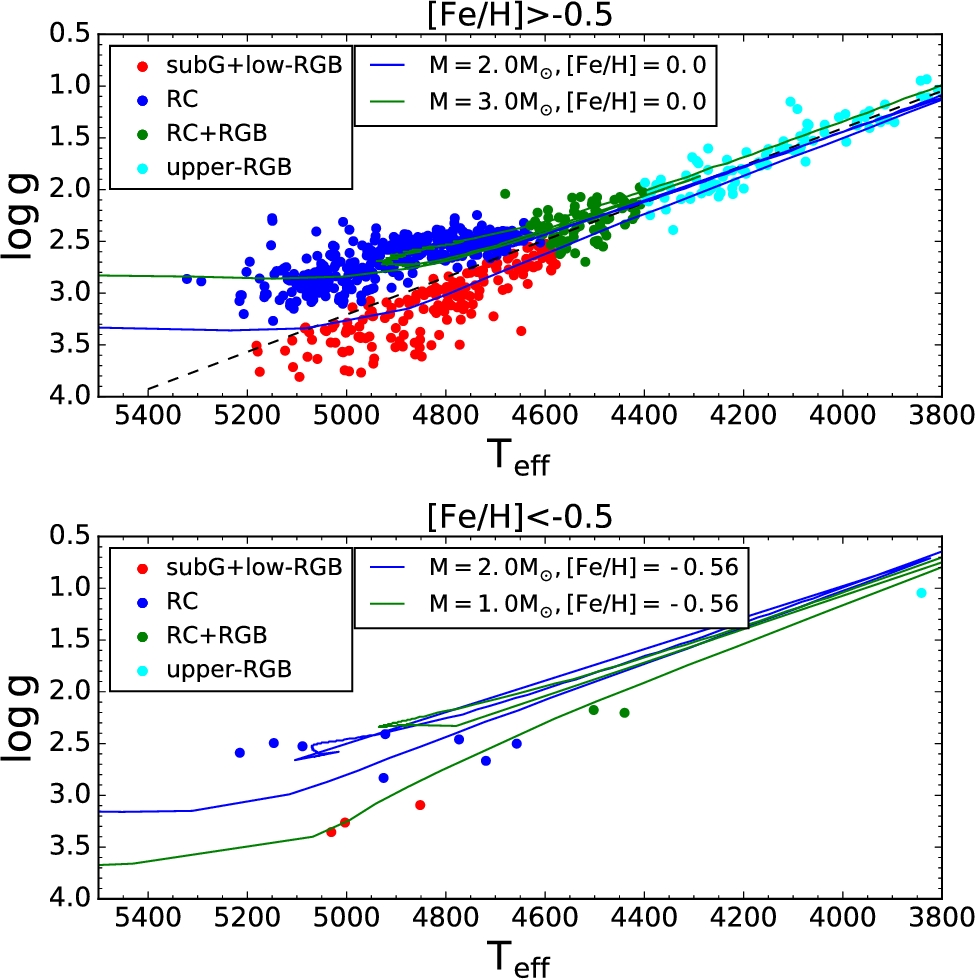