High-redshift AGN in the Chandra Deep Fields: the obscured fraction and space density of the sub-L* population

We investigate the population of high-redshift (3 ≤ z < 6) active galactic nuclei (AGN) selected in the two deepest X-ray surveys, the 7 Ms Chandra Deep Field-South and 2 Ms Chandra Deep Field-North. Their outstanding sensitivity and spectral characterization of faint sources allow us to focus on the sub-L* regime (logLX ≲ 44), poorly sampled by previous works using shallower data, and the obscured population. Taking fully into account the individual photometric-redshift probability distribution functions, the final sample consists of ≈102 X-ray-selected AGN at 3 ≤ z < 6. The fraction of AGN obscured by column densities logNH > 23 is ∼0.6-0.8, once incompleteness effects are taken into account, with no strong dependence on redshift or luminosity. We derived the high-redshift AGN number counts down to F0.5-2 keV = 7 × 10-18 erg cm-2 s-1, extending previous results to fainter fluxes, especially at z > 4. We put the tightest constraints to date on the low-luminosity end of AGN luminosity function at high redshift. The space density, in particular, declines at z > 3 at all luminosities, with only a marginally steeper slope for low-luminosity AGN. By comparing the evolution of the AGN and galaxy densities, we suggest that such a decline at high luminosities is mainly driven by the underlying galaxy population, while at low luminosities there are hints of an intrinsic evolution of the parameters driving nuclear activity. Also, the black hole accretion rate density and star formation rate density, which are usually found to evolve similarly at z ≲ 3, appear to diverge at higher redshifts. 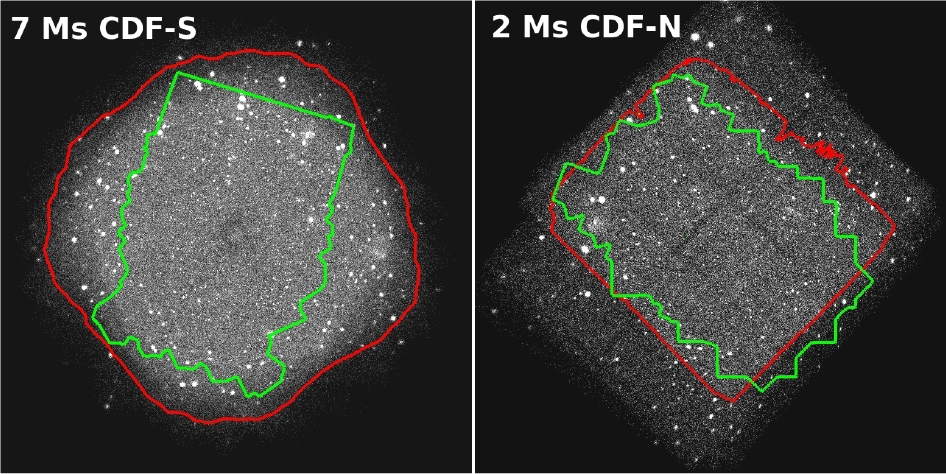