MAHALO Deep Cluster Survey I. Accelerated and enhanced galaxy formation in the densest regions of a protocluster at z = 2.5

We carried out deep H α narrowband imaging with 10 h net integrations towards the young protocluster, USS1558-003 at z = 2.53 with the Subaru Telescope. This system is composed of four dense groups with massive local overdensities, traced by 107 H α emitters (HAEs) with stellar masses and dust-corrected star formation rates down to 1 × 108 M☉ and 3 M☉ yr-1, respectively. We have investigated the environmental dependence of various physical properties within the protocluster by comparing distributions of HAEs in higher and lower densities with a standard Kolmogorov-Smirnov test. At 97 per cent confidence level, we find enhanced star formation across the star-forming main sequence of HAEs living in the most extreme 'supergroup', corresponding to the top quartile of overdensities. Furthermore, we derive distribution functions of H α luminosity and stellar mass in group and intergroup regions, approximately corresponding to 30 and 8 times higher densities than the general field. As a consequence, we identify 0.7 and 0.9 dex higher cut-offs in H α luminosity and stellar mass functions in the dense groups, respectively. On the other hand, HAEs in the intergroup environment of the protocluster show similar distribution functions to those of field galaxies despite residing in significant overdensities. In the early phase of cluster formation, as inferred from our results, the densest parts in the protocluster have had an accelerated formation of massive galaxies. We expect that these eventually grow and transform into early-type galaxies at the bright end of the red sequence as seen in present-day rich clusters of galaxies. 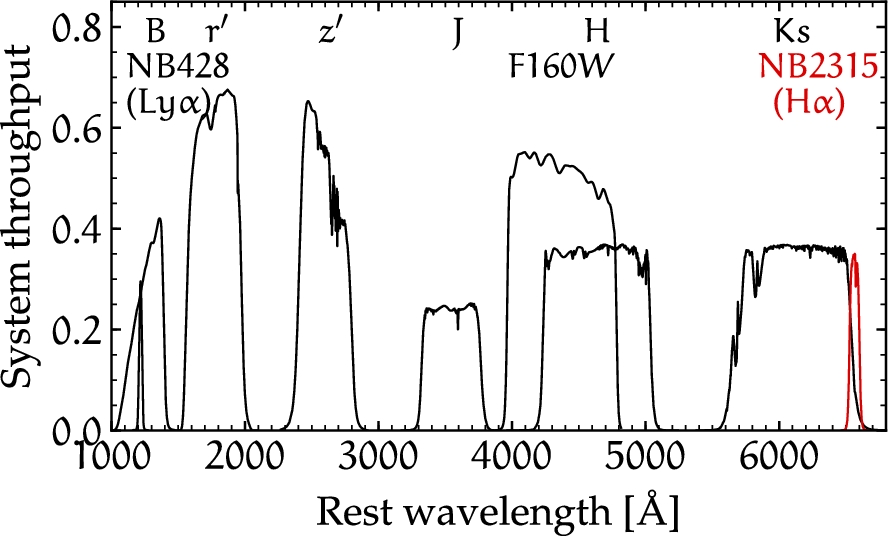