A drop in the pond: the effect of rapid mass-loss on the dynamics and interaction rate of collisionless particles

In symmetric gravitating systems experiencing rapid mass-loss, particle orbits change almost instantaneously, which can lead to the development of a sharply contoured density profile, including singular caustics for collisionless systems. This framework can be used to model a variety of dynamical systems, such as accretion discs following a massive black hole merger and dwarf galaxies following violent early star formation feedback. Particle interactions in the high-density peaks seem a promising source of observable signatures of these mass-loss events (i.e. a possible EM counterpart for black hole mergers or strong gamma-ray emission from dark matter annihilation around young galaxies), because the interaction rate depends on the square of the density. We study post-mass-loss density profiles, both analytic and numerical, in idealized cases and present arguments and methods to extend to any general system. An analytic derivation is presented for particles on Keplerian orbits responding to a drop in the central mass. We argue that this case, with initially circular orbits, gives the most sharply contoured profile possible. We find that despite the presence of a set of singular caustics, the total particle interaction rate is reduced compared to the unperturbed system; this is a result of the overall expansion of the system dominating over the steep caustics. Finally, we argue that this result holds more generally, and the loss of central mass decreases the particle interaction rate in any physical system. 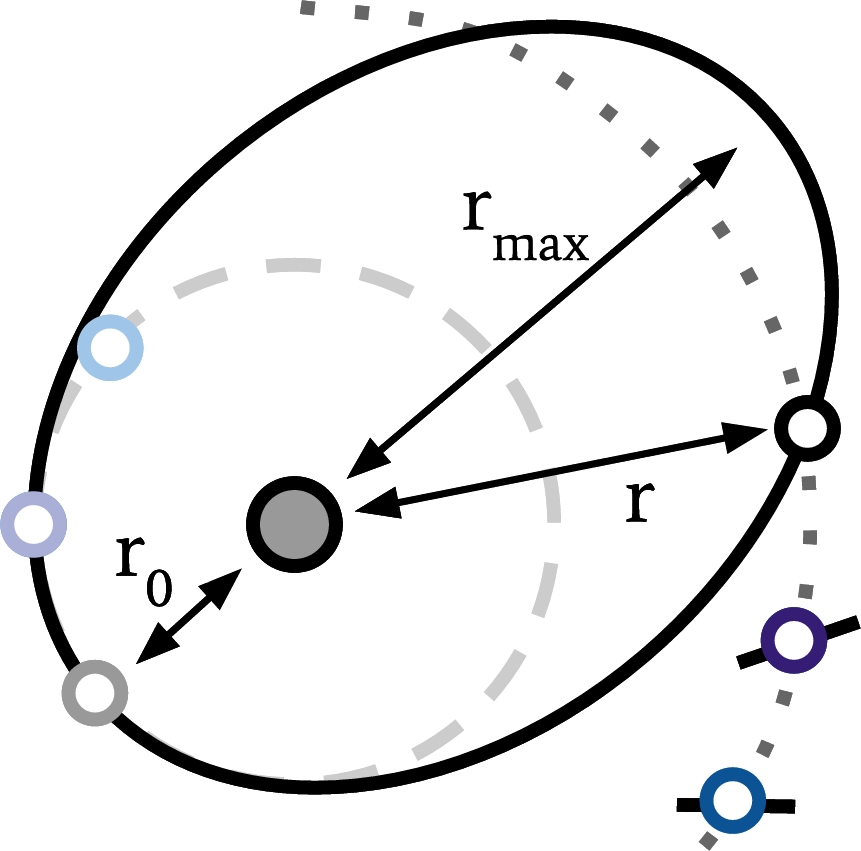