The large-scale environment from cosmological simulations - I. The baryonic cosmic web

Using a series of cosmological simulations that includes one dark-matter-only (DM-only) run, one gas cooling-star formation-supernova feedback (CSF) run and one that additionally includes feedback from active galactic nuclei (AGNs), we classify the large-scale structures with both a velocity-shear-tensor code (VWEB) and a tidal-tensor code (PWEB). We find that the baryonic processes have almost no impact on large-scale structures - at least not when classified using aforementioned techniques. More importantly, our results confirm that the gas component alone can be used to infer the filamentary structure of the universe practically un-biased, which could be applied to cosmology constraints. In addition, the gas filaments are classified with its velocity (VWEB) and density (PWEB) fields, which can theoretically connect to the radio observations, such as H I surveys. This will help us to bias-freely link the radio observations with dark matter distributions at large scale. 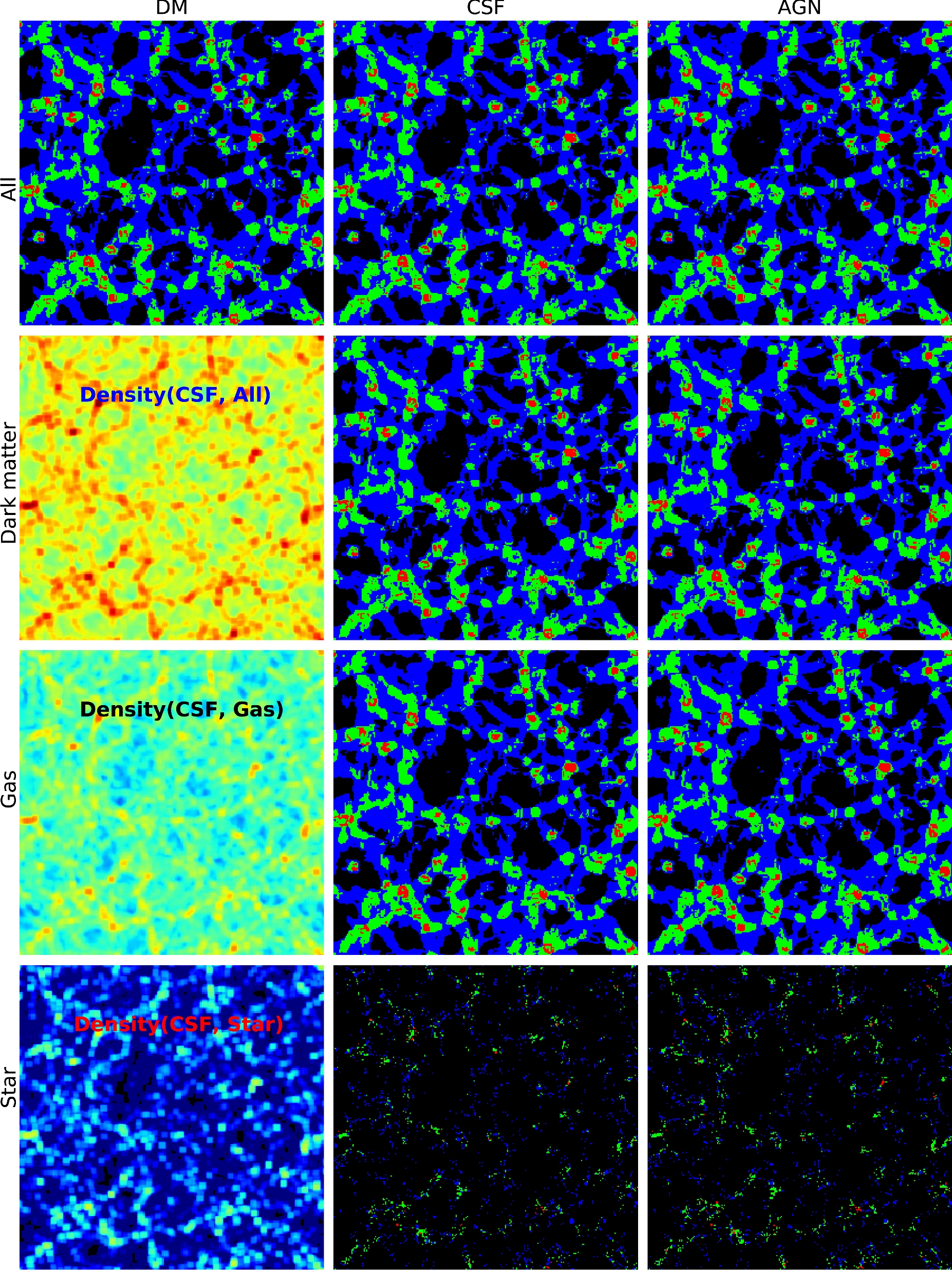