We present the analysis of a peculiar W Virginis (pWVir) type II Cepheid, OGLE-LMC-T2CEP-211 (P puls = 9.393 days), in a double-lined binary system (P orb = 242 days), which shed light on virtually unknown evolutionary status and structure of pWVir stars. The dynamical mass of the Cepheid (first ever for a type II Cepheid) is 0.64 ± 0.02 M ☉, and the radius R = 25.1 ± 0.3 R ☉. The companion is a massive (5.67 M ☉) main-sequence star obscured by a disk. Such a configuration suggests a mass transfer in the system history. We found that originally the system ({P}orb}init} = 12 days) was composed of 3.5 and 2.8 M ☉ stars, with the current Cepheid being more massive. The system age is now ̃200 Myr, and the Cepheid is almost completely stripped of hydrogen, with helium mass of ̃92% of the total mass. It finished transferring the mass 2.5 Myr ago and is evolving toward lower temperatures passing through the instability strip. Comparison with observations indicates a reasonable 2.7 × 10-8 M ☉ yr-1 mass loss from the Cepheid. The companion is most probably a Be main-sequence star with T = 22,000 K and R = 2.5 R ☉. Our results yield a good agreement with a pulsation theory model for a hydrogen-deficient pulsator, confirming the described evolutionary scenario. We detected a two-ring disk (R disk ̃ 116 R ☉) and a shell (R shell ̃ 9 R ☉) around the companion, which is probably a combination of the matter from the past mass transfer, the mass being lost by the Cepheid owing to wind and pulsations, and a decretion disk around a rapidly rotating secondary. Our study, together with observational properties of pWVir stars, suggests that the majority of them are products of a similar binary evolution interaction. 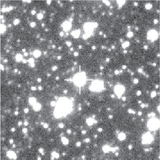