The advent of time domain astronomy is revolutionizing our understanding of the universe. Programs such as the Catalina Real-time Transient Survey (CRTS) or the Palomar Transient Factory (PTF) surveyed millions of objects for several years, allowing variability studies on large statistical samples. The inspection of ≈250 k quasars in CRTS resulted in a catalog of 111 potentially periodic sources, put forward as supermassive black hole binary (SMBHB) candidates. A similar investigation on PTF data yielded 33 candidates from a sample of ≈35 k quasars. Working under the SMBHB hypothesis, we compute the implied SMBHB merger rate and we use it to construct the expected gravitational wave background (GWB) at nano-Hz frequencies, probed by pulsar timing arrays (PTAs). After correcting for incompleteness and assuming virial mass estimates, we find that the GWB implied by the CRTS sample exceeds the current most stringent PTA upper limits by almost an order of magnitude. After further correcting for the implicit bias in virial mass measurements, the implied GWB drops significantly but is still in tension with the most stringent PTA upper limits. Similar results hold for the PTF sample. Bayesian model selection shows that the null hypothesis (whereby the candidates are false positives) is preferred over the binary hypothesis at about 2.3σ and 3.6σ for the CRTS and PTF samples respectively. Although not decisive, our analysis highlights the potential of PTAs as astrophysical probes of individual SMBHB candidates and indicates that the CRTS and PTF samples are likely contaminated by several false positives. 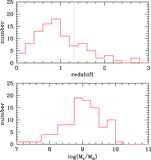