Exoplanets orbiting M-dwarf stars are a prime target in the search for life in the universe. M-dwarf stars are active, with powerful flares that could adversely impact prospects for life, though there are counter-arguments. Here, we turn flaring to advantage and describe ways in which it can be used to enhance the detectability of planets, in the absence of transits or a coronagraph, significantly expanding the accessible discovery and characterization space. Flares produce brief bursts of intense luminosity, after which the star dims. Due to the light travel time between the star and planet, the planet receives the high-intensity pulse, which it re-emits through scattering (a light echo) or intrinsic emission when the star is much fainter, thereby increasing the planet’s detectability. The planet’s light-echo emission can potentially be discriminated from that of the host star by means of a time delay, Doppler shift, spatial shift, and polarization, each of which can improve the contrast of the planet to the star. Scattered light can reveal the albedo spectrum of the planet to within a size scale factor, and is likely to be polarized. Intrinsic emission mechanisms include fluorescent pumping of multiple molecular hydrogen and neutral oxygen lines by intense Lyα and Lyβ flare emission, recombination radiation of ionized and photodissociated species, and atmospheric processes such as terrestrial upper atmosphere airglow and near-infrared hydroxyl emission. We discuss the feasibility of detecting light echoes and find that light echo detection is possible under favorable circumstances. 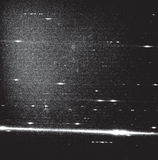