In hierarchical galaxy formation models, galaxies evolve through mergers and accretions. Tidally disrupted debris from these processes can remain as diffuse, faint structures, which can provide useful insight into the assembly history of galaxies. To investigate the properties of the faint structures in outskirts of nearby galaxies, we conduct deep and wide-field imaging survey with Korea Microlensing Telescope Network (KMTNet). We present our observing strategy and optimal data reduction process to recover the faint extended features in the imaging data of NGC 1291 taken with KMTNet. Through the dark sky flat-fielding and optimal sky subtraction, we can effectively remove inhomogeneous patterns. In the combined images, the peak-to-peak global sky gradients were reduced to less than ∼0.5% and ∼0.3% of the original B- and R-band sky levels, respectively. However, we find local spatial fluctuations in the background sky that can affect the precise measurement of the sky value. Consequently, we can reach the surface brightness of {μ }B,1σ ∼ 29.5 and {μ }R,1σ ∼ 28.5 mag arcsec-2 in azimuthally averaged one-dimensional surface brightness profiles, which is mainly limited by the uncertainty in the sky determination. These results suggest that the deep imaging data produced by KMTNet are suitable to study the faint features of nearby galaxies such as outer disks and dwarf companions, but unideal (not impossible) to detect stellar halos. The one-dimensional profile revealed that NGC 1291 appeared to have a Type I disk out to R ∼30 kpc with no obvious color gradient, and excess light due to a stellar halo was undetected. 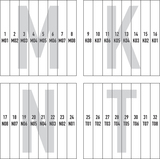