The luminous host galaxy, faint supernova and rapid afterglow rebrightening of GRB 100418A

Context. Long gamma-ray bursts (GRBs) give us the chance to study both their extreme physics and the star-forming galaxies in which they form.
Aims: GRB 100418A, at a redshift of z = 0.6239, had a bright optical and radio afterglow, and a luminous star-forming host galaxy. This allowed us to study the radiation of the explosion as well as the interstellar medium of the host both in absorption and emission.
Methods: We collected photometric data from radio to X-ray wavelengths to study the evolution of the afterglow and the contribution of a possible supernova (SN) and three X-shooter spectra obtained during the first 60 h.
Results: The light curve shows a very fast optical rebrightening, with an amplitude of ∼3 magnitudes, starting 2.4 h after the GRB onset. This cannot be explained by a standard external shock model and requires other contributions, such as late central-engine activity. Two weeks after the burst we detect an excess in the light curve consistent with a SN with peak absolute magnitude MV = -18.5 mag, among the faintest GRB-SNe detected to date. The host galaxy shows two components in emission, with velocities differing by 130 km s-1, but otherwise having similar properties. While some absorption and emission components coincide, the absorbing gas spans much higher velocities, indicating the presence of gas beyond the star-forming regions. The host has a star formation rate of SFR = 12.2 M☉ yr-1, a metallicity of 12 + log(O/H) = 8.55, and a mass of 1.6 × 109 M☉.
Conclusions: GRB 100418A is a member of a class of afterglow light curves which show a steep rebrightening in the optical during the first day, which cannot be explained by traditional models. Its very faint associated SN shows that GRB-SNe can have a larger dispersion in luminosities than previously seen. Furthermore, we have obtained a complete view of the host of GRB 100418A owing to its spectrum, which contains a remarkable number of both emission and absorption lines. 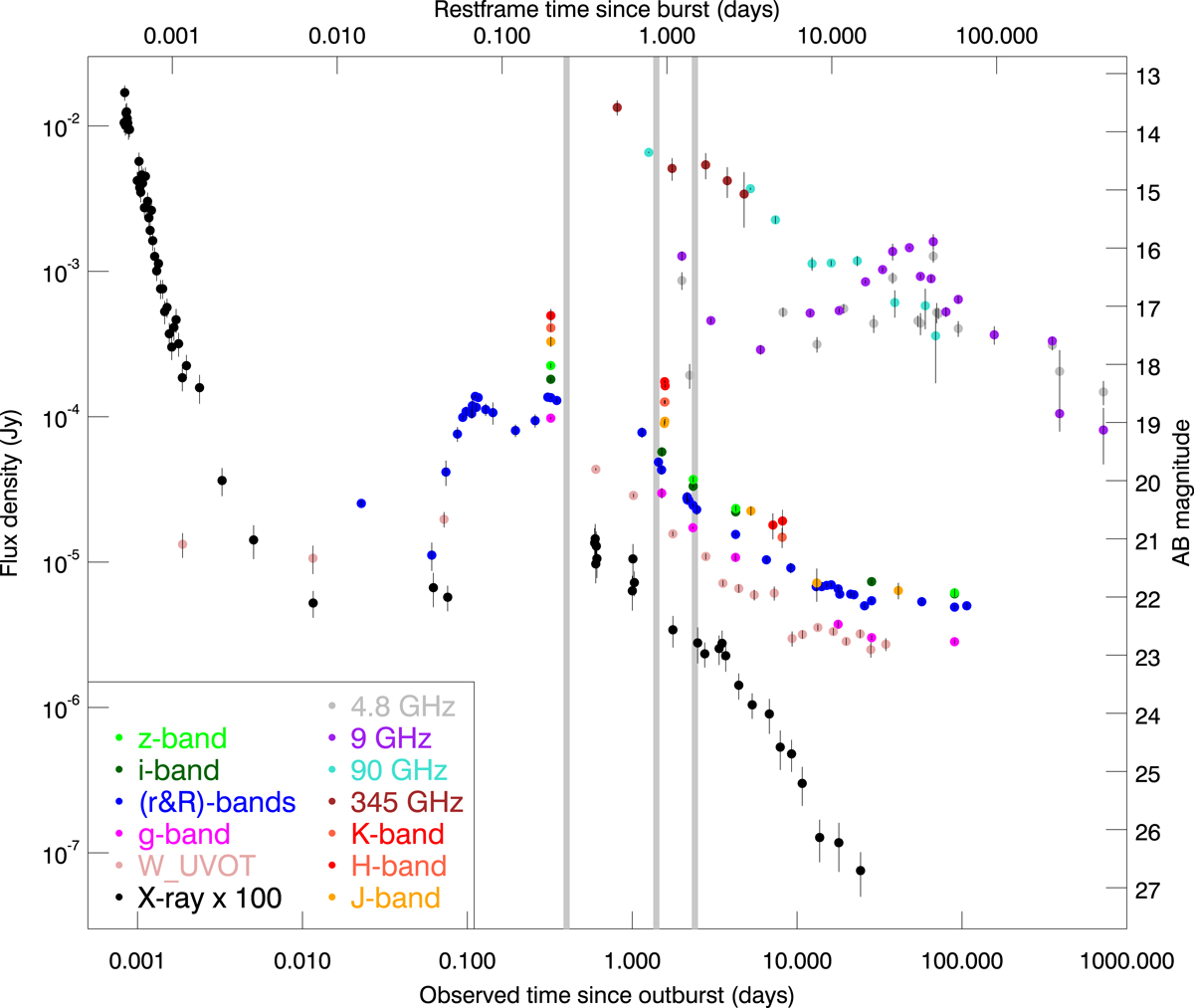