We present ten years of R-band monitoring data of 31 northern blazars which were either detected at very high-energy (VHE) gamma rays or listed as potential VHE gamma-ray emitters. The data comprise 11 820 photometric data points in the R-band obtained in 2002-2012. We analyzed the light curves by determining their power spectral density (PSD) slopes assuming a power-law dependence with a single slope β and a Gaussian probability density function (PDF). We used the multiple fragments variance function (MFVF) combined with a forward-casting approach and likelihood analysis to determine the slopes and perform extensive simulations to estimate the uncertainties of the derived slopes. We also looked for periodic variations via Fourier analysis and quantified the false alarm probability through a large number of simulations. Comparing the obtained PSD slopes to values in the literature, we find the slopes in the radio band to be steeper than those in the optical and gamma rays. Our periodicity search yielded one target, Mrk 421, with a significant (p < 5%) period. Finding one significant period among 31 targets is consistent with the expected false alarm rate, but the period found in Mrk 421 is very strong and deserves further consideration. 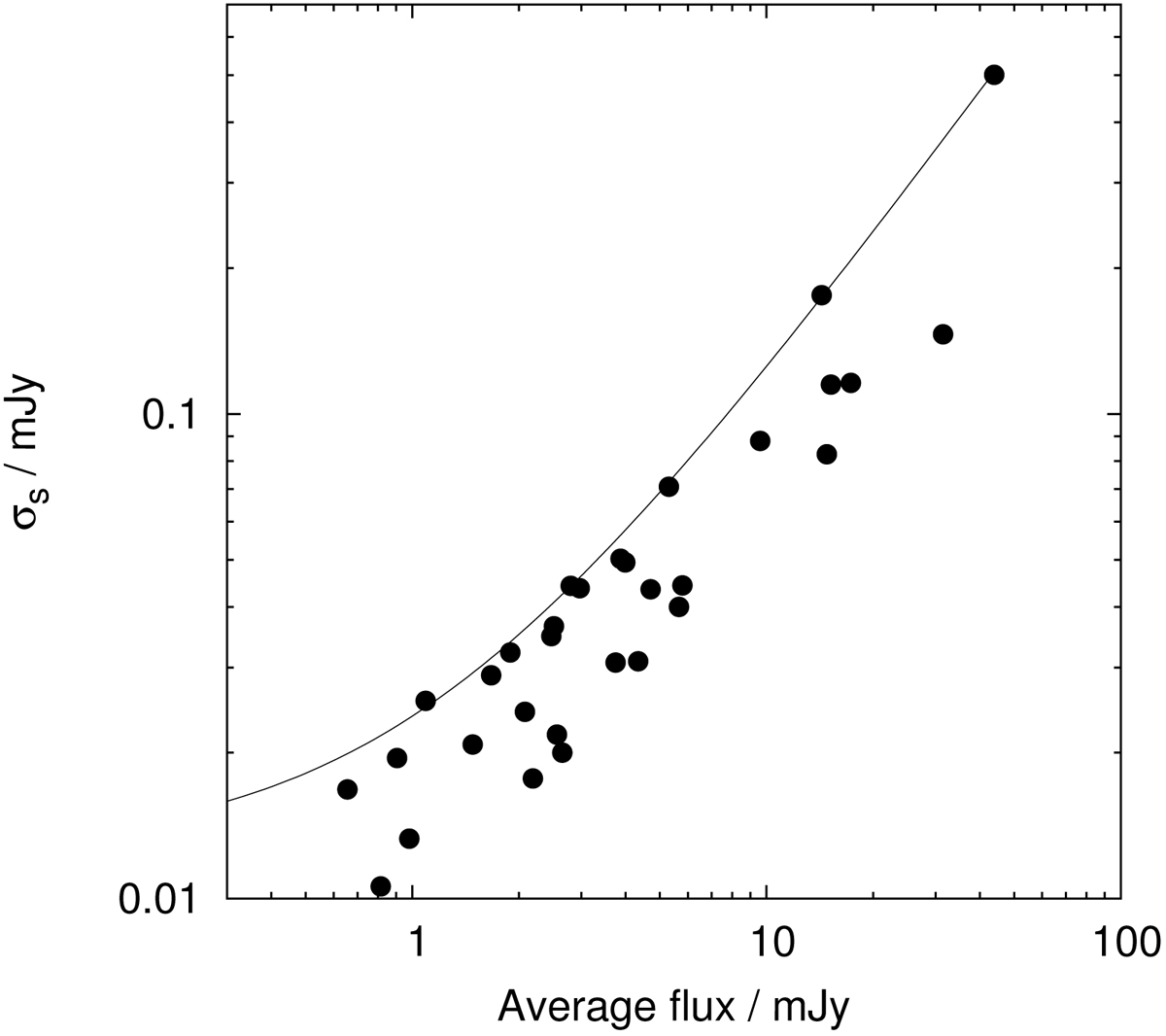