Hubble PanCET: an extended upper atmosphere of neutral hydrogen around the warm Neptune GJ 3470b

GJ 3470b is a warm Neptune transiting an M-dwarf star at the edge of the evaporation desert. It offers the possibility of investigating how low-mass, close-in exoplanets evolve under the irradiation from their host stars. We observed three transits of GJ 3470b in the Lyman-α line with the Hubble Space Telescope (HST) as part of the Panchromatic Comparative Exoplanet Treasury (PanCET) program. Absorption signatures are detected with similar properties in all three independent epochs, with absorption depths of 35 ± 7% in the blue wing of the line, and 23 ± 5% in the red wing. The repeatability of these signatures, their phasing with the planet transit, and the radial velocity of the absorbing gas allow us to conclude that there is an extended upper atmosphere of neutral hydrogen around GJ 3470b. We determine from our observations the stellar radiation pressure and XUV irradiation from GJ 3470 and use them to perform numerical simulations of the upper atmosphere of GJ 3470b with the EVaporating Exoplanets (EVE) code. The unusual redshifted signature can be explained by the damping wings of dense layers of neutral hydrogen that extend beyond the Roche lobe and are elongated in the direction of the planet motion. This structure could correspond to a shocked layer of planetary material formed by the collision of the expanding thermosphere with the wind of the star. The blueshifted signature is well explained by neutral hydrogen atoms escaping at rates of about 1010 g s-1 that are blown away from the star by its strong radiation pressure and are quickly photoionized, resulting in a smaller exosphere than that of the warm Neptune GJ 436b. The stronger escape from GJ 3470b, however, may have led to the loss of about 4-35% of its current mass over its 2 Gyr lifetime. 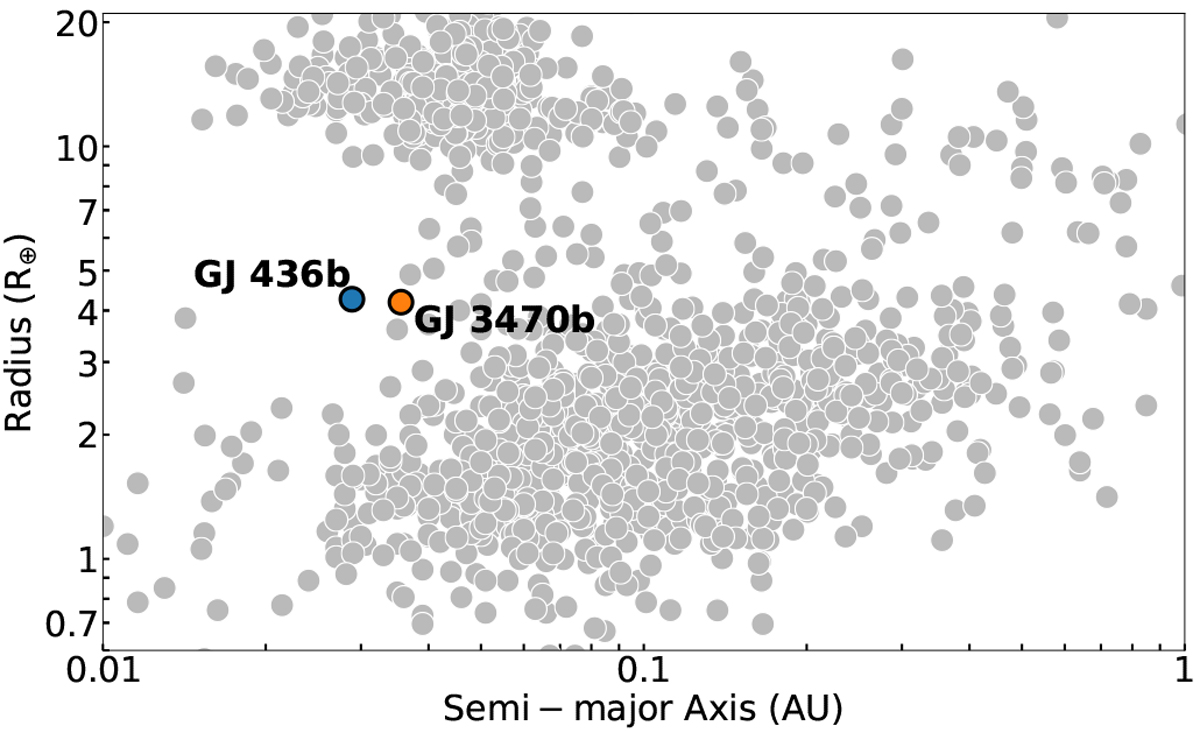