Context. Detailed studies of intermediate- and low-mass pre-main-sequence (PMS) stars outside the Galaxy have so far been conducted only for small targeted regions harbouring known star formation complexes. The VISTA Survey of the Magellanic Clouds (VMC) provides an opportunity to study PMS populations down to solar masses on a galaxy-wide scale.
Aims: Our goal is to use near-infrared data from the VMC survey to identify and characterise PMS populations down to ∼1 M⊙ across the Magellanic Clouds. We present our colour-magnitude diagram method, and apply it to a ∼1.5 deg2 pilot field located in the Large Magellanic Cloud.
Methods: The pilot field is divided into equal-size grid elements. We compare the stellar population in every element with the population in nearby control fields by creating Ks/(Y-Ks) Hess diagrams; the observed density excesses over the local field population are used to classify the stellar populations.
Results: Our analysis recovers all known star formation complexes in this pilot field (N 44, N 51, N 148, and N 138) and for the first time reveals their true spatial extent. In total, around 2260 PMS candidates with ages ≲10 Myr are found in the pilot field. PMS structures, identified as areas with a significant density excess of PMS candidates, display a power-law distribution of the number of members with a slope of -0.86 ± 0.12. We find a clustering of the young stellar populations along ridges and filaments where dust emission in the far-infrared (FIR) (70 μm-500 μm) is bright. Regions with young populations lacking massive stars show a lower degree of clustering and are usually located in the outskirts of the star formation complexes. At short FIR wavelengths (70 μm,100 μm) we report a strong dust emission increase in regions hosting young massive stars, which is less pronounced in regions populated only by less massive (≲4 M⊙) PMS stars. 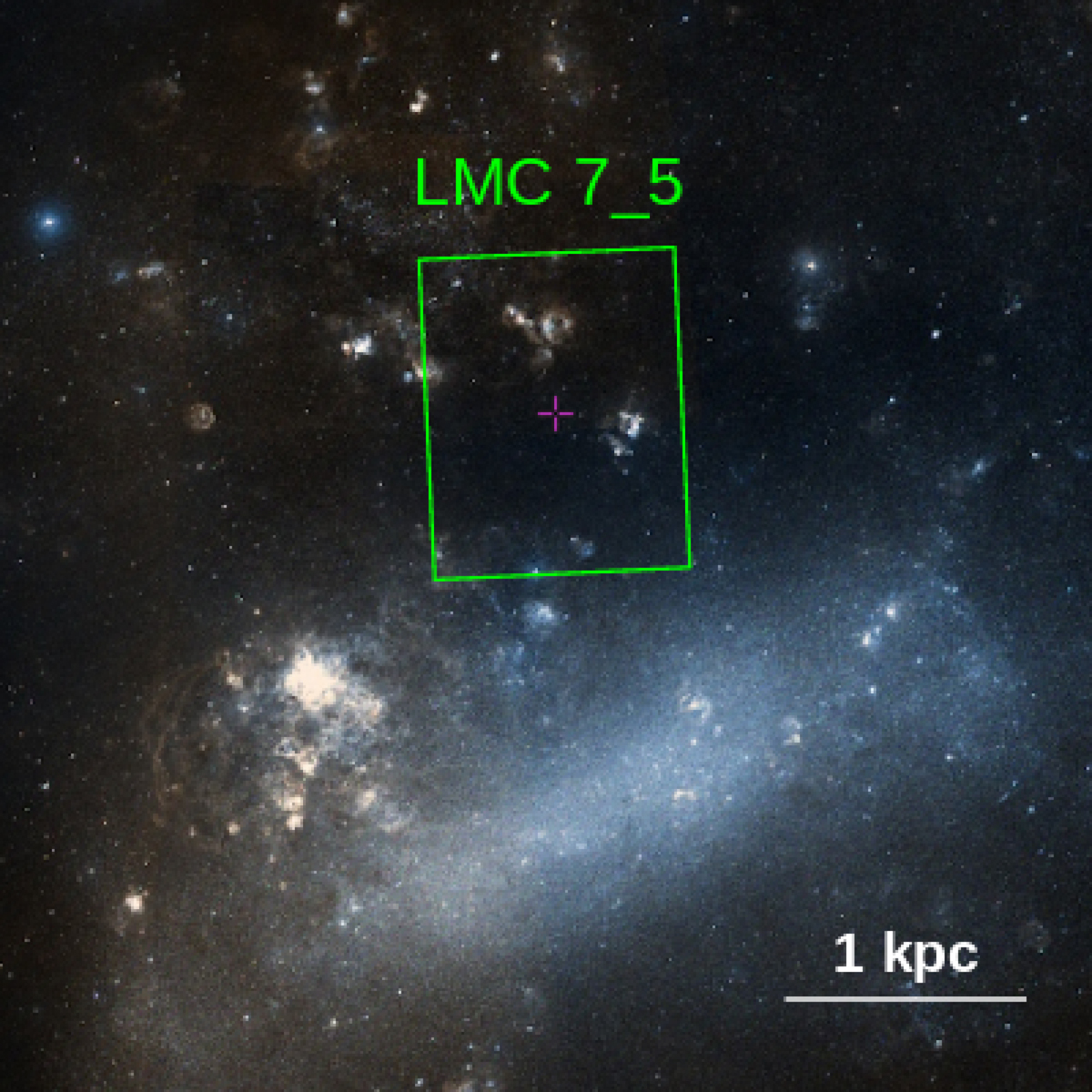