Context. Two independent investigations of the atmosphere of the hot Jupiter HAT-P-12b by two different groups resulted in discrepant solutions. Using broad-band photometry from the ground, one study found a flat and featureless transmission spectrum that was interpreted as gray absorption by dense cloud coverage. The second study made use of Hubble Space Telescope (HST) observations and found Rayleigh scattering at optical wavelengths caused by haze.
Aims: The main purpose of this work is to determine the source of this inconsistency and provide feedback to prevent similar discrepancies in future analyses of other exoplanetary atmospheres.
Methods: We studied the observed discrepancy via two methods. With further broad-band observations in the optical wavelength regions, we strengthened the previous measurements in precision, and with a homogeneous reanalysis of the published data, we were able to assess the systematic errors and the independent analyses of the two different groups.
Results: Repeating the analysis steps of both works, we found that deviating values for the orbital parameters are the reason for the aforementioned discrepancy. Our work showed a degeneracy of the planetary spectral slope with these parameters. In a homogeneous reanalysis of all data, the two literature data sets and the new observations converge to a consistent transmission spectrum, showing a low-amplitude spectral slope and a tentative detection of potassium absorption. 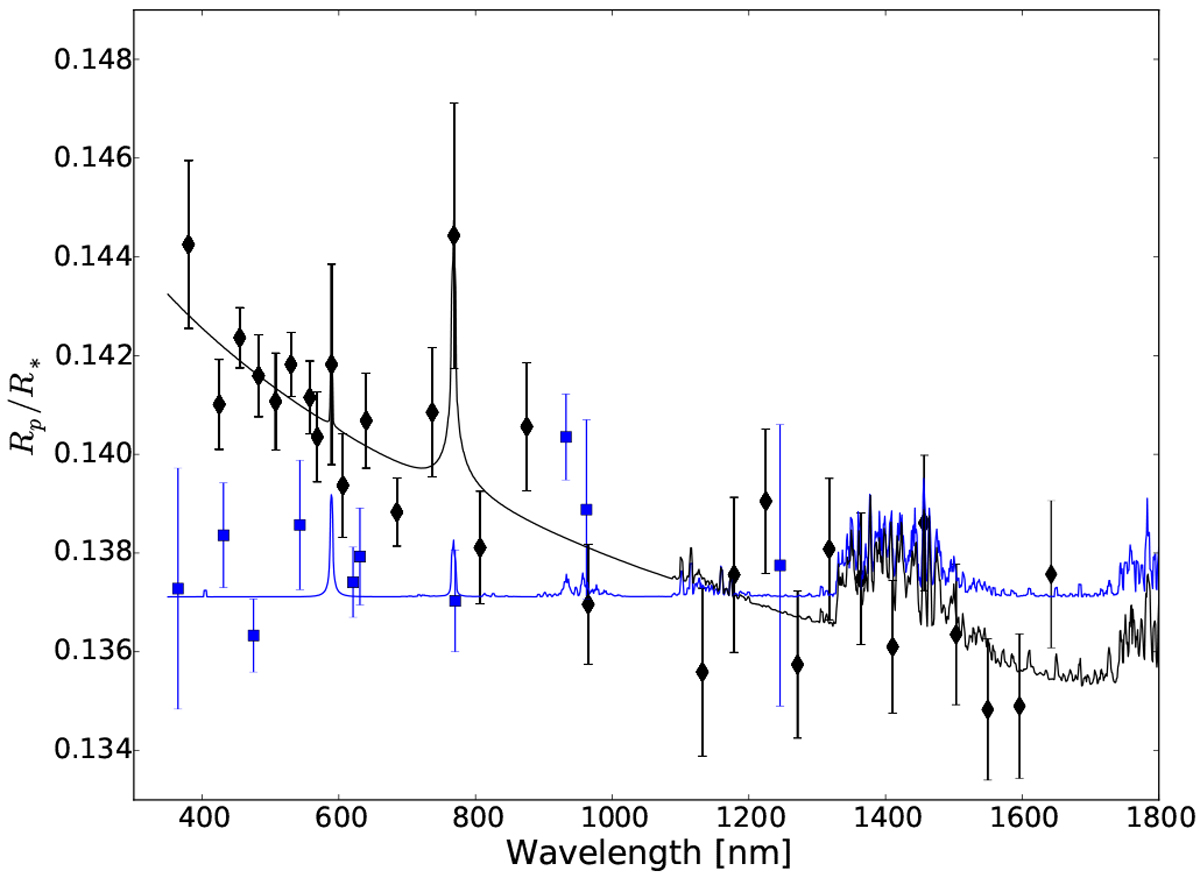