The curious case of the companion: evidence for cold accretion onto a dwarf satellite near the isolated elliptical NGC 7796⋆

Context. The isolated elliptical (IE) NGC 7796 is accompanied by an interesting early-type dwarf galaxy, named NGC 7796-DW1. It exhibits a tidal tail, very boxy isophotes, and multiple nuclei or regions (A, B, and C) that are bluer than the bulk population of the galaxy, indicating a younger age. These properties are suggestive of a dwarf-dwarf merger remnant.
Aims: Dwarf-dwarf mergers are poorly understood, but may have a high importance for dwarf galaxy evolution. We want to investigate the properties of the dwarf galaxy and its components to find more evidence for a dwarf-dwarf merger or for alternative formation scenarios.
Methods: We use the Multi-Unit Spectroscopic Explorer (MUSE) at the VLT to investigate NGC 7796-DW1. We extract characteristic spectra to which we apply the STARLIGHT population synthesis software to obtain ages and metallicities of the various population components of the galaxy. This permits us to isolate the emission lines for which fluxes and flux ratios can be measured and to which strong-line diagnostic tools can be applied.
Results: The galaxy's main body is old and metal-poor. A surprising result is the extended line emission in the galaxy, forming a ring-like structure with a projected diameter of 2.2 kpc. The line ratios fall into the regime of HII-regions, although OB-stellar populations cannot be identified by spectral signatures. The low Hα surface brightnesses indicate unresolved star-forming substructures, which means that broad-band colours are not reliable age or metallicity indicators. Nucleus A is a relatively old (7 Gyr or older) and metalpoor super star cluster, most probably the nucleus of the dwarf, now displaced. The star-forming regions B and C show younger and distinctly more metal-rich components. The emission line ratios of regions B and C indicate an almost solar oxygen abundance, if compared with radiation models of HII regions. Oxygen abundances from empirical calibrations point to only half-solar. The ring-like Hα-structure does not exhibit signs of rotation or orbital movements.
Conclusions: NGC 7796-DW1 occupies a particular role in the group of transition-type galaxies with respect to its origin and current evolutionary state, being the companion of an IE. The dwarf-dwarf merger scenario is excluded because of the missing metal-rich merger component. A viable alternative is gas accretion from a reservoir of cold, metal-rich gas. NGC 7796 has to provide this gas within its X-ray bright halo. As illustrated by NGC 7796-DW1, cold accretion may be a general solution to the problem of extended star formation histories in transition dwarf galaxies. 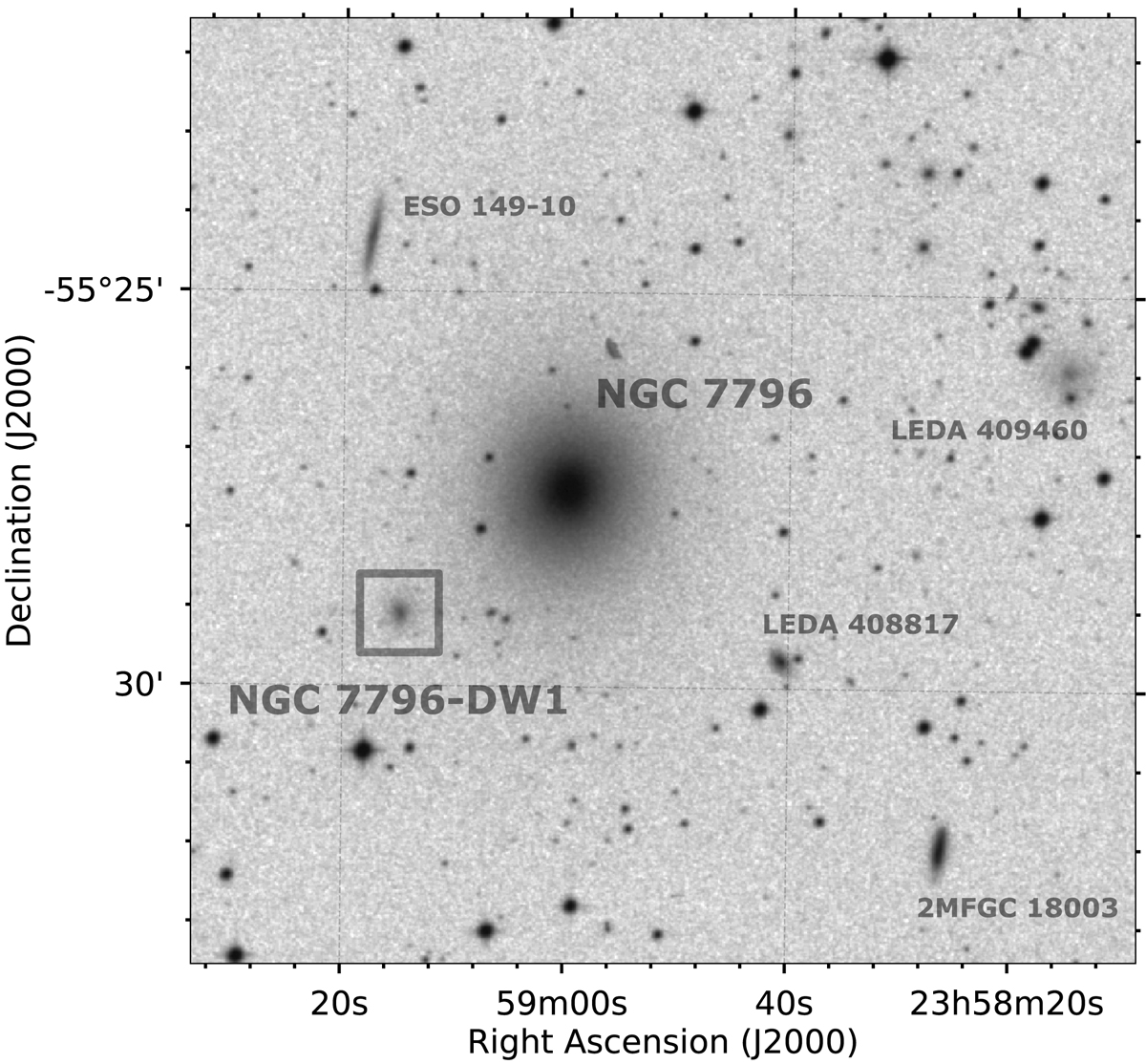