Aims: We aim to evaluate the near-infrared colors of brown dwarfs as observed with four major infrared imaging space observatories: the Hubble Space Telescope (HST), the James Webb Space Telescope (JWST), the Euclid mission, and the WFIRST telescope.
Methods: We used the SPLAT SPEX/ISPEX spectroscopic library to map out the colors of the M-, L-, and T-type dwarfs. We have identified which color-color combination is optimal for identifying broad type and which single color is optimal to then identify the subtype (e.g., T0-9). We evaluated each observatory separately as well as the narrow-field (HST and JWST) and wide-field (Euclid and WFIRST) combinations.
Results: The Euclid filters perform equally well as HST wide filters in discriminating between broad types of brown dwarfs. WFIRST performs similarly well, despite a wider selection of filters. However, subtyping with any combination of Euclid and WFIRST observations remains uncertain due to the lack of medium, or narrow-band filters. We argue that a medium band added to the WFIRST filter selection would greatly improve its ability to preselect brown dwarfs its imaging surveys.
Conclusions: The HST filters used in high-redshift searches are close to optimal to identify broad stellar type. However, the addition of F127M to the commonly used broad filter sets would allow for unambiguous subtyping. An improvement over HST is one of two broad and medium filter combinations on JWST: pairing F140M with either F150W or F162M discriminates very well between subtypes. 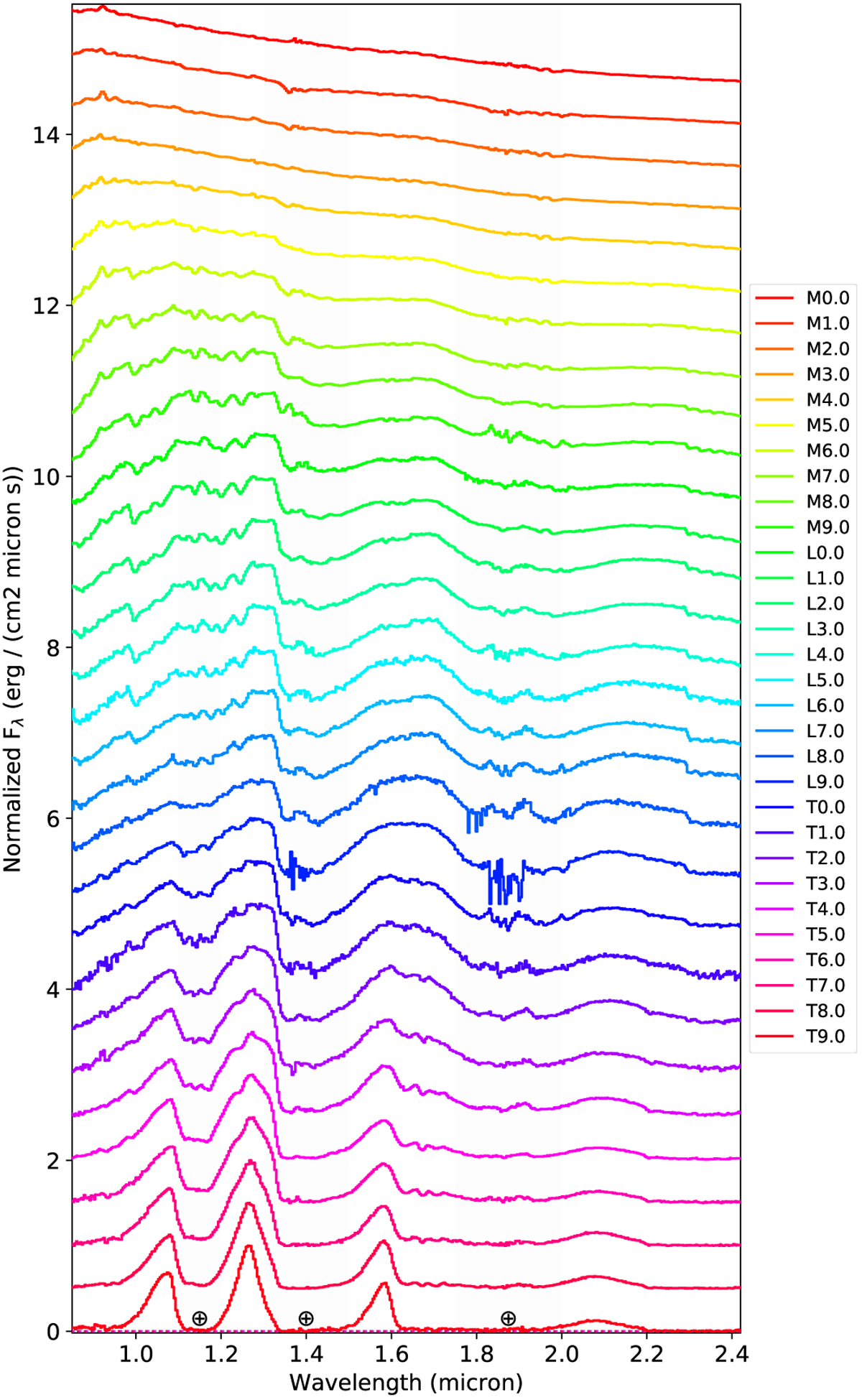