Fraction of bolometric luminosity absorbed by dust in DustPedia galaxies


Aims: We aim to study the fraction of stellar radiation absorbed by dust, fabs, in 814 galaxies of different morphological types. The targets constitute the vast majority (93%) of the DustPedia sample, including almost all large (optical diameter larger than 1'), nearby (v ≤ 3000 km s-1) galaxies observed with the Herschel Space Observatory.
Methods: For each object, we modelled the spectral energy distribution from the ultraviolet to the sub-millimetre using the dedicated, aperture-matched DustPedia photometry and the Code Investigating GALaxy Evolution (CIGALE). The value of fabs was obtained from the total luminosity emitted by dust and from the bolometric luminosity, which are estimated by the fit.
Results: On average, 19% of the stellar radiation is absorbed by dust in DustPedia galaxies. The fraction rises to 25% if only late-type galaxies are considered. The dependence of fabs on morphology, showing a peak for Sb-Sc galaxies, is weak; it reflects a stronger, yet broad, positive correlation with the bolometric luminosity, which is identified for late-type, disk-dominated, high-specific-star-formation rate, gas-rich objects. We find no variation of fabs with inclination, at odds with radiative transfer models of edge-on galaxies. These results call for a self-consistent modelling of the evolution of the dust mass and geometry along the build-up of the stellar content. We also provide template spectral energy distributions in bins of morphology and luminosity and study the variation of fabs with stellar mass and specific star-formation rate. We confirm that the local Universe is missing the high fabs, luminous and actively star-forming objects necessary to explain the energy budget in observations of the extragalactic background light.

DustPedia is a collaborative focused research project supported by the European Union under the Seventh Framework Programme (2007-2013) call (proposal no. 606824, PI J. I. Davies, http://www.dustpedia.com). The data used in this work is publicly available at http://dustpedia.astro.noa.gr 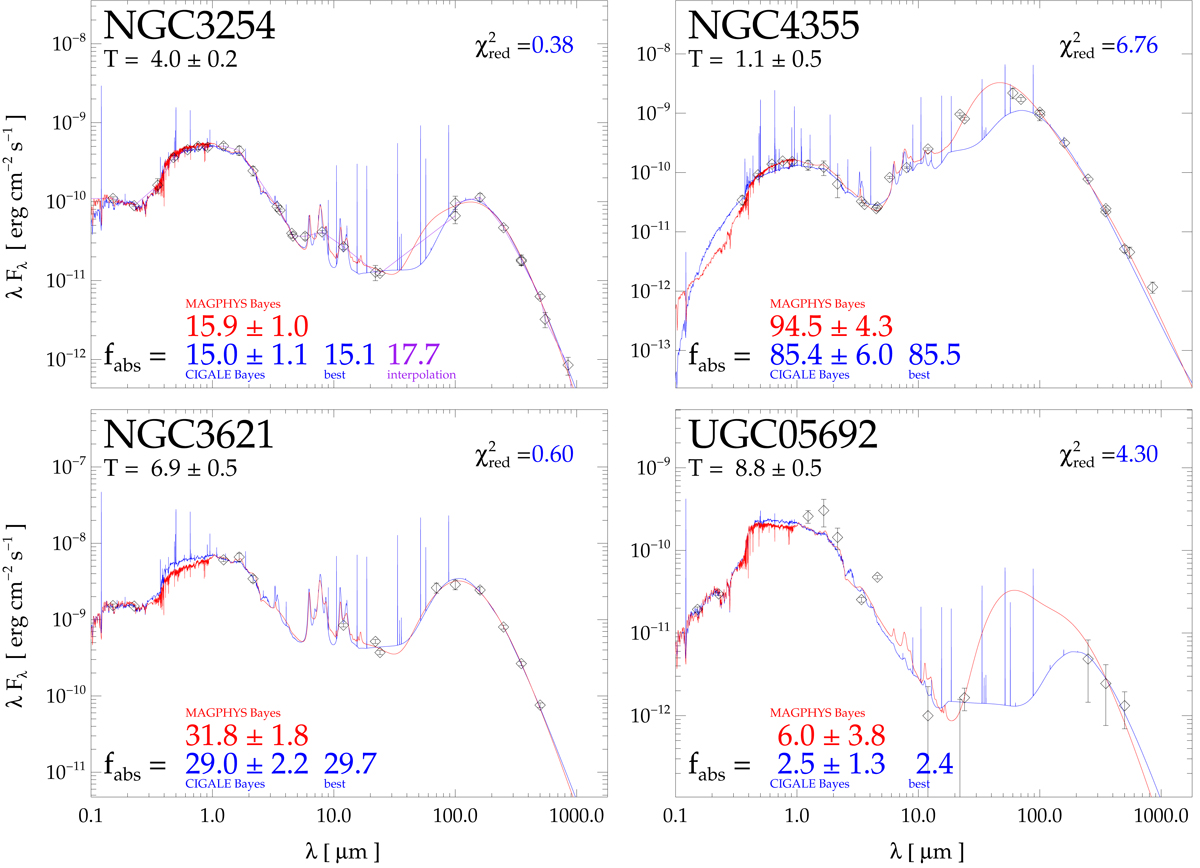