Context. The study of the inner region of the Milky Way bulge is hampered by high interstellar extinction and extreme source crowding. Sensitive high angular resolution near-infrared imaging is needed to study stellar populations and their characteristics in such a dense and complex environment.
Aims: We aim at investigating the stellar population in the innermost Galactic bulge, to study the star formation history in this region of the Galaxy.
Methods: We used the 0.2″ angular resolution JHKs data from the GALACTICNUCLEUS survey to study the stellar population within two 8.0'×3.4' fields, about 0.6° and 0.4° to the Galactic north of the Milky Way centre and to compare it with the one in the immediate surroundings of Sagittarius A*. We also characterise the absolute extinction and the extinction curve of the two fields.
Results: The average interstellar extinction to the outer and the inner field is AKs ∼ 1.20 ± 0.08 mag and ∼1.48 ± 0.10 mag, respectively. We present Ks luminosity functions that are complete down to at least two magnitudes below the red clump (RC). We detect a feature in the luminosity functions that is fainter than the RC by 0.80 ± 0.03 and 0.79 ± 0.02 mag, respectively, in the Ks band. It runs parallel to the reddening vector. We identify the feature as the red giant branch bump. Fitting α-enhanced BaSTI luminosity functions to our data, we find that a single old stellar population of ∼12.8 ± 0.6 Gyr and Z = 0.040 ± 0.003 provides the best fit. Our findings thus show that the stellar population in the innermost bulge is old, similar to the one at larger distances from the Galactic plane, and that its metallicity is about twice solar at distances as short as about 60 pc from the centre of the Milky Way, similar to what is observed at about 500 pc from the Galactic Centre. Comparing the obtained metallicity with previous known values at larger latitudes (|b| > 2°), our results favour a flattening of the gradient at |b| < 2°. As a secondary result we obtain that the extinction index in the studied regions agrees within the uncertainties with our previous value of α = 2.30 ± 0.08 that was derived for the very Galactic centre. 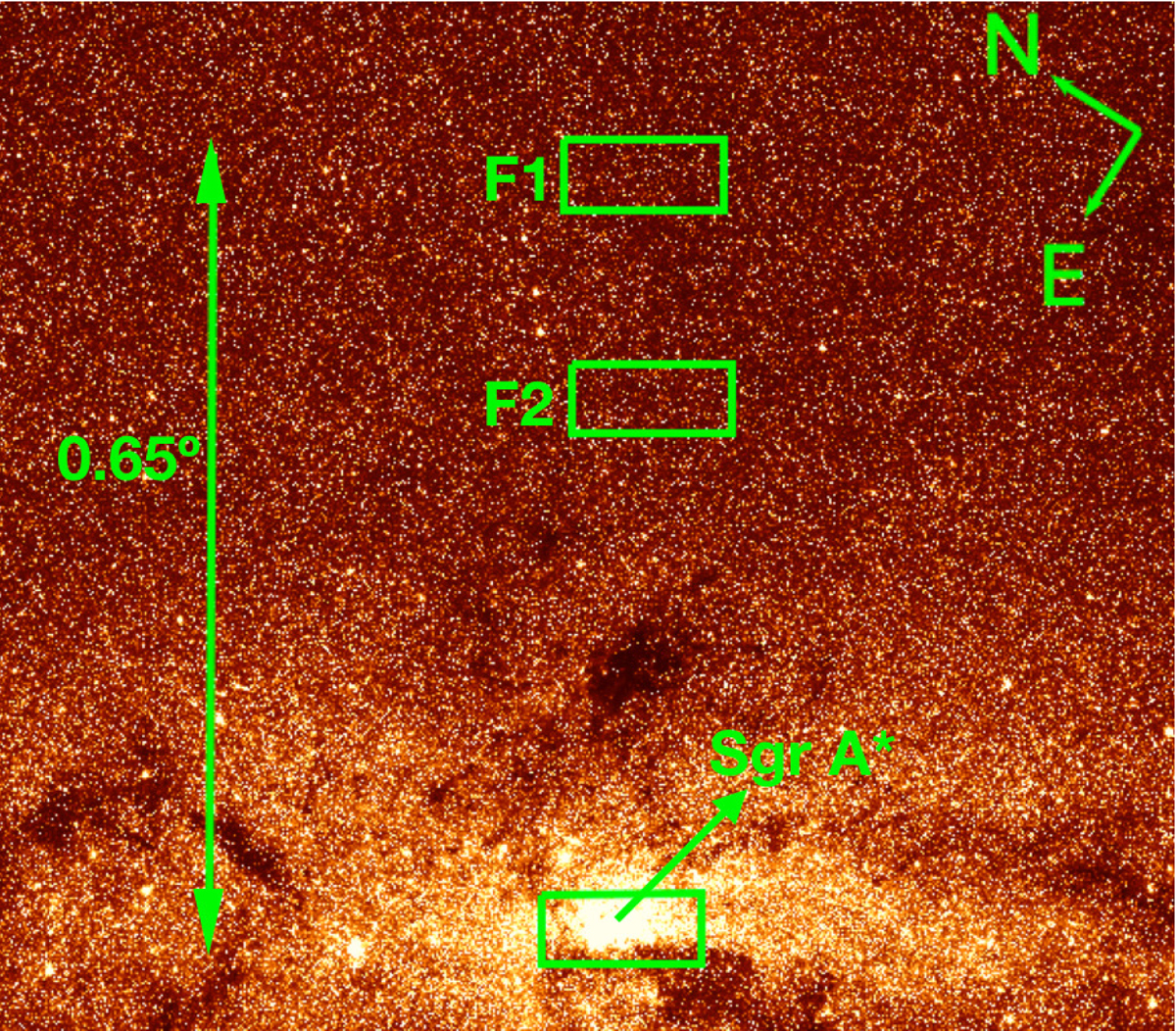