Context. In the era of massive spectroscopy surveys, automated stellar parameter pipelines and their validation are extremely important for an efficient scientific exploitation of the spectra.
Aims: We undertake a critical and comprehensive comparison of the radial velocities and the main stellar atmosphere parameters for stars in common between the latest data releases from the Apache Point Observatory Galaxy Evolution Experiment (APOGEE) and the Large sky Area Multi-Object Spectroscopic Telescope (LAMOST) surveys.
Methods: APOGEE is a high-resolution (R = 22 500) spectroscopic survey with high signal-to-noise ratio that is part of the Sloan Digital Sky Survey (SDSS). The latest data release, SDSS DR14, comprises APOGEE spectra for 263 444 stars, together with main stellar parameters and individual abundances for up to 20 chemical species. LAMOST is a low-resolution (R = 1800) optical spectroscopic survey also in the Northern Hemisphere, where 4000 fibers can be allocated simultaneously. LAMOST DR3 contains 3 177 995 stars.
Results: A total of 42 420 dwarfs and giants stars are in common between the APOGEE DR14 - LAMOST DR3 stellar catalogs. A comparison between APOGEE and LAMOST RVs shows a clear offset of 4.54 ± 0.03 km s-1, with a dispersion of 5.8 km s-1, in the sense that APOGEE radial velocities are higher. We observe a small offset in the effective temperatures of about 13 K, with a scatter of 155 K. A small offset in [Fe/H] of about 0.06 dex together with a scatter of 0.13 dex is also observed. We note that the largest offset between the surveys occurs in the surface gravities. Using only surface gravities in calibrated red giants from APOGEE DR14, with which there are 24 074 stars in common, a deviation of 0.14 dex is found with substantial scatter (0.25 dex). There are 17 482 red giant stars in common between APOGEE DR14 and those in LAMOST tied to APOGEE DR12 via the code called the Cannon. There is generally good agreement between the two data-sets. However, we find that the differences in the stellar parameters depend on effective temperature. For metal-rich stars, a different trend for the [Fe/H] discrepancies is found. Surprisingly, we see no correlation between the internal APOGEE DR14 - DR12 differences in Teff and those in DR14 - LAMOST tied to DR12, where a correlation should be expected since LAMOST has been calibrated to APOGEE DR12. We find no correlation either between the [Fe/H] discrepancies, suggesting that LAMOST/Cannon is not well coupled to the APOGEE DR12 stellar parameter scale. An [Fe/H] dependence between the stellar parameters in APOGEE DR12 and those in DR14 is reported. We find a weak correlation in the differences between APOGEE DR14 - DR12 and LAMOST on DR12 surface gravity for stars hotter than 4800 K and in the log g range between 2.0 and 2.8 dex. We do not observe an [Fe/H] dependency in the gravity discrepancies. 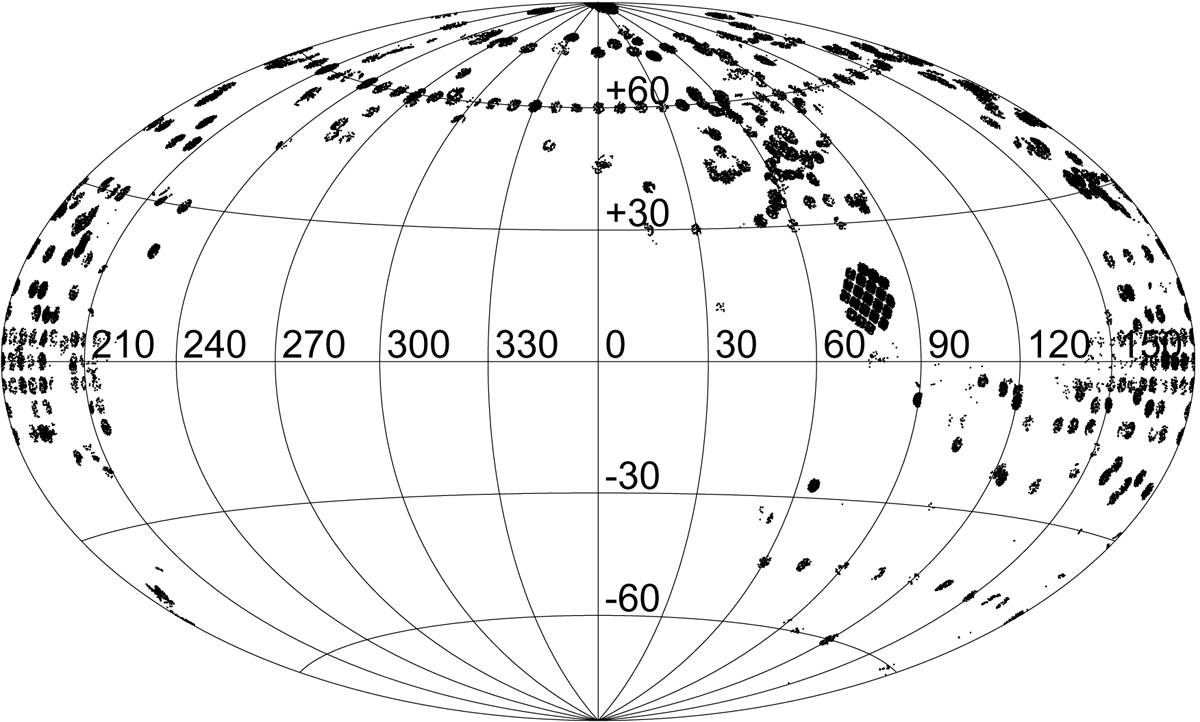