Aims: We test the performance of the semi-analytic self-consistent Just-Jahreiß disc model (JJ model) with the astrometric data from the Tycho-Gaia Astrometric Solution (TGAS) sub-catalogue of the first Gaia data release (Gaia DR1), as well as the radial velocities from the fifth data release of the Radial Velocity Experiment survey (RAVE DR5).
Methods: We used a sample of 19 746 thin-disc stars from the TGAS×RAVE cross-match selected in a local solar cylinder of 300 pc radius and 1 kpc height below the Galactic plane. Based on the JJ model, we simulated this sample via the forward modelling technique. First, we converted the predicted vertical density laws of the thin-disc populations into a mock sample. For this we used the Modules and Experiments in Stellar Astrophysics (MESA) Isochrones and Stellar Tracks (MIST), a star formation rate (SFR) that decreased after a peak at 10 Gyr ago, and a three-slope broken power-law initial mass function (IMF). Then the obtained mock populations were reddened with a 3D dust map and were subjected to the selection criteria corresponding to the RAVE and TGAS observational limitations as well as to additional cuts applied to the data sample. We calculated the quantities of interest separately at different heights above the Galactic plane, taking the distance error effects in horizontal and vertical directions into account separately.
Results: The simulated vertical number density profile agrees well with the data. An underestimation of the stellar numbers begins at ∼800 pc from the Galactic plane, which is expected as the possible influence of populations from |z| > 1 kpc is ignored during the modelling. The lower main sequence (LMS) is found to be thinner and under-populated by 3.6% relative to the observations. The corresponding deficits for the upper main sequence (UMS) and red giant branch (RGB) are 6% and 34.7%, respectively. However, the intrinsic uncertainty related to the choice of stellar isochrones is ∼10% in the total stellar number. The vertical velocity distribution function f(|W|) simulated for the whole cylinder agrees to within 1σ with the data. This marginal agreement arises because the dynamically cold populations at heights < 200 pc from the Galactic plane are underestimated. We also find that the model gives a fully realistic representation of the vertical gradient in stellar populations when studying the Hess diagrams for different horizontal slices. We also checked and confirm the consistency of our results with the newly available second Gaia data release (DR2).
Conclusions: Based on these results and considering the uncertainties in the data selection as well as the sensitivity of the simulations to the sample selection function, we conclude that the fiducial JJ model confidently reproduces the vertical trends in the thin-disc stellar population properties. Thus, it can serve as a starting point for the future extension of the JJ model to other Galactocentric distances. 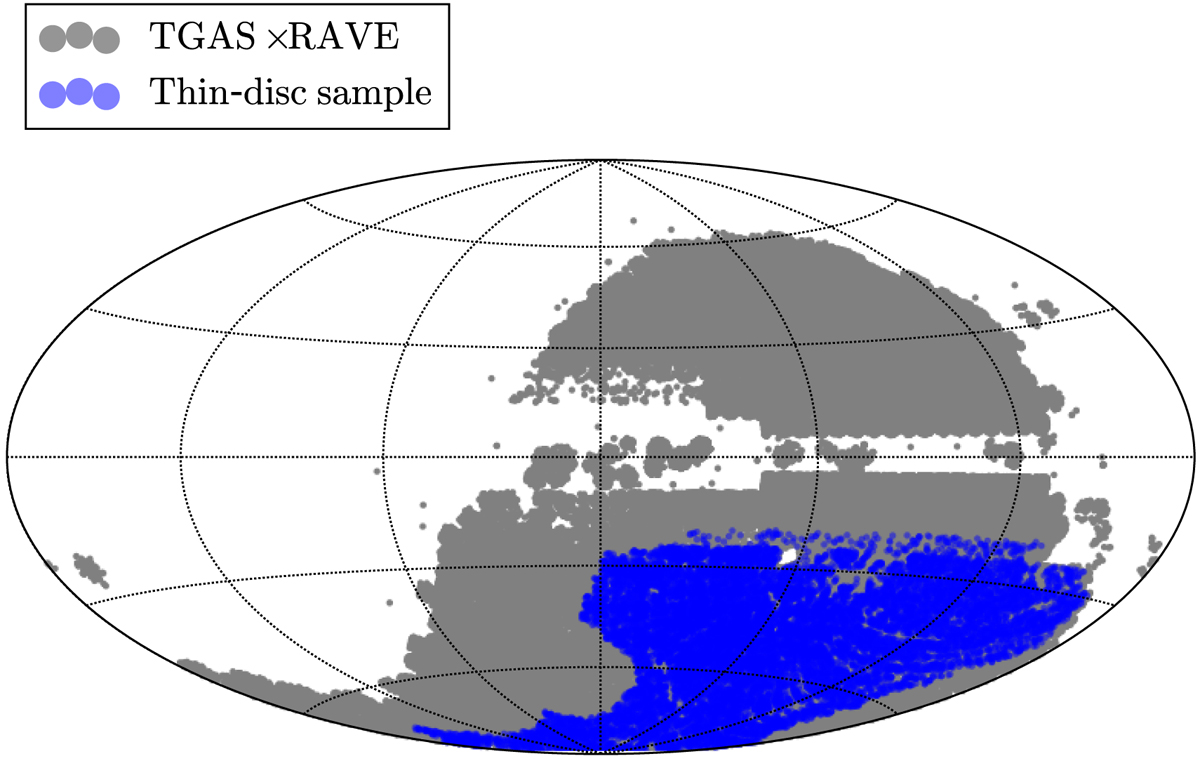