Context. Broad differential emission measure (DEM) distributions in the corona are a sign of multi-thermal plasma along the line-of-sight. Traditionally, this is interpreted as evidence of multi-stranded loops. Recently, however, it has been shown that multi-stranded loops are unlikely to exist in the solar corona, because of their instability to transverse perturbations.
Aims: We aim to test if loop models subject to the transverse wave-induced Kelvin-Helmholtz (TWIKH) instability result in broad DEMs, potentially explaining the observations.
Methods: We took simulation snapshots and compute the numerical DEM. Moreover, we performed forward-modelling in the relevant AIA channels before reconstructing the DEM.
Results: We find that turbulent loop models broaden their initial DEM, because of the turbulent mixing. The width of the DEM is determined by the initial temperature contrast with the exterior.
Conclusions: We conclude that impulsively excited loop models have a rather narrow DEM, but that continuously driven models result in broad DEMs that are comparable to the observations. 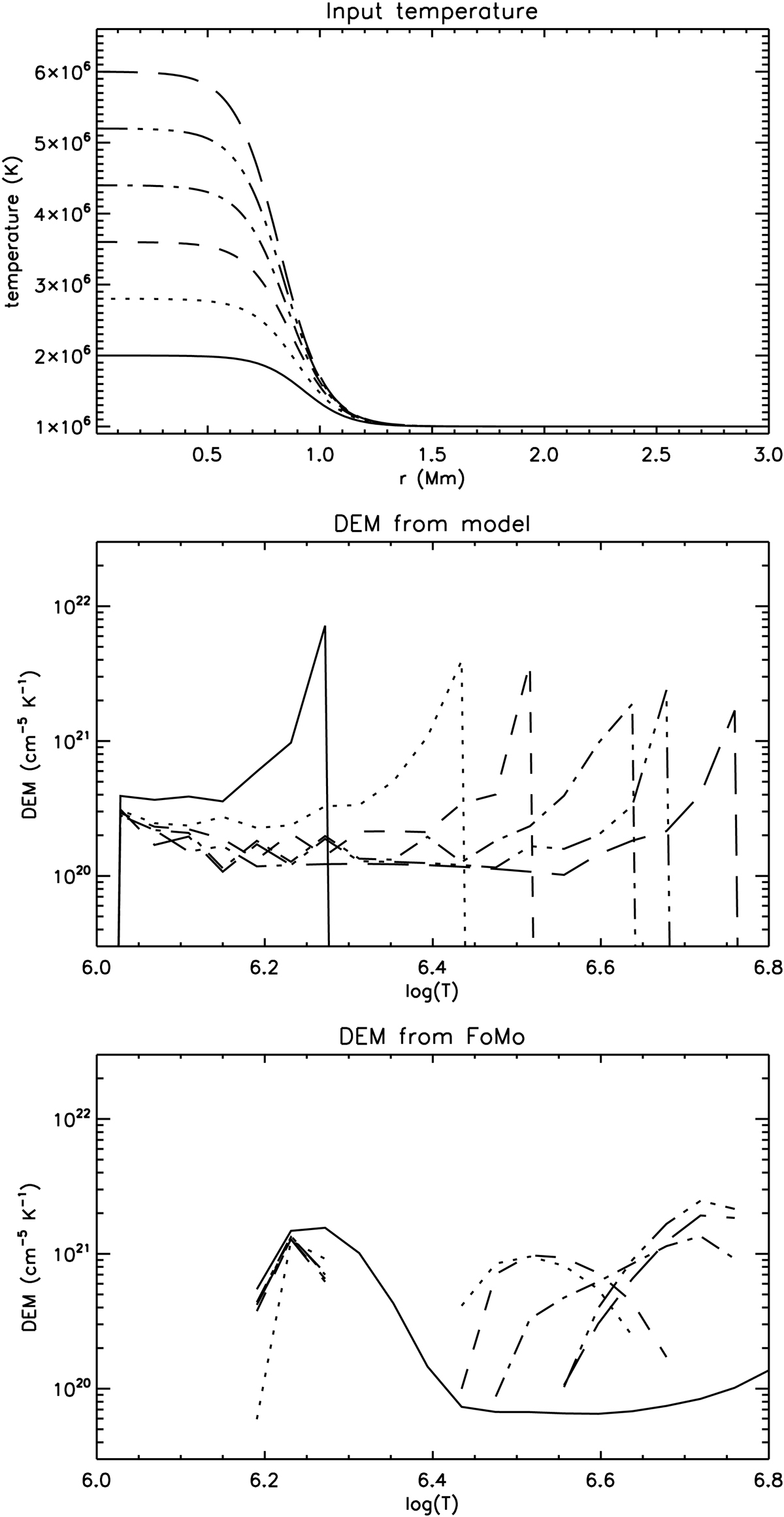