We present high angular resolution ( 0.2″) continuum and molecular emission line Atacama Large Millimeter/sub-millimeter Array (ALMA) observations of G17.64+0.16 in Band 6 (220-230 GHz) taken as part of a campaign in search of circumstellar discs around (proto)-O-stars. At a resolution of 400 au the main continuum core is essentially unresolved and isolated from other strong and compact emission peaks. We detect SiO (5-4) emission that is marginally resolved and elongated in a direction perpendicular to the large-scale outflow seen in the 13 CO (2-1) line using the main ALMA array in conjunction with the Atacama Compact Array (ACA). Morphologically, the SiO appearsto represent a disc-like structure. Using parametric models we show that the position-velocity profile of the SiO is consistent with the Keplerian rotation of a disc around an object between 10 and 30 M⊙ in mass, only if there is also radial expansion from a separate structure. The radial motion component can be interpreted as a disc wind from the disc surface. Models with a central stellar object mass between 20 and 30 M⊙ are the most consistent with the stellar luminosity (1 × 105 L⊙) and indicative of an O-type star. The H30α millimetre recombination line (231.9 GHz) is also detected, but spatially unresolved, and is indicative of a very compact, hot, ionised region co-spatial with the dust continuum core. The broad line-width of the H30α emission (full-width-half-maximum = 81.9 km s-1) is not dominated by pressure-broadening but is consistent with underlying bulk motions. These velocities match those required for shocks to release silicon from dust grains into the gas phase. CH3 CN and CH3 OH thermal emission also shows two arc shaped plumes that curve away from the disc plane. Their coincidence with OH maser emission suggests that they could trace the inner working surfaces of a wide-angle wind driven by G17.64 which impacts the diffuse remnant natal cloud before being redirected into the large-scale outflow direction. Accounting for all observables, we suggest that G17.64 is consistent with a O-type young stellar object in the final stages of protostellar assembly, driving a wind, but that has not yet developed into a compact H II region. The existance and detection of the disc in G17.64 is likely related to its isolated and possibly more evolved nature, traits which may underpin discs in similar sources. 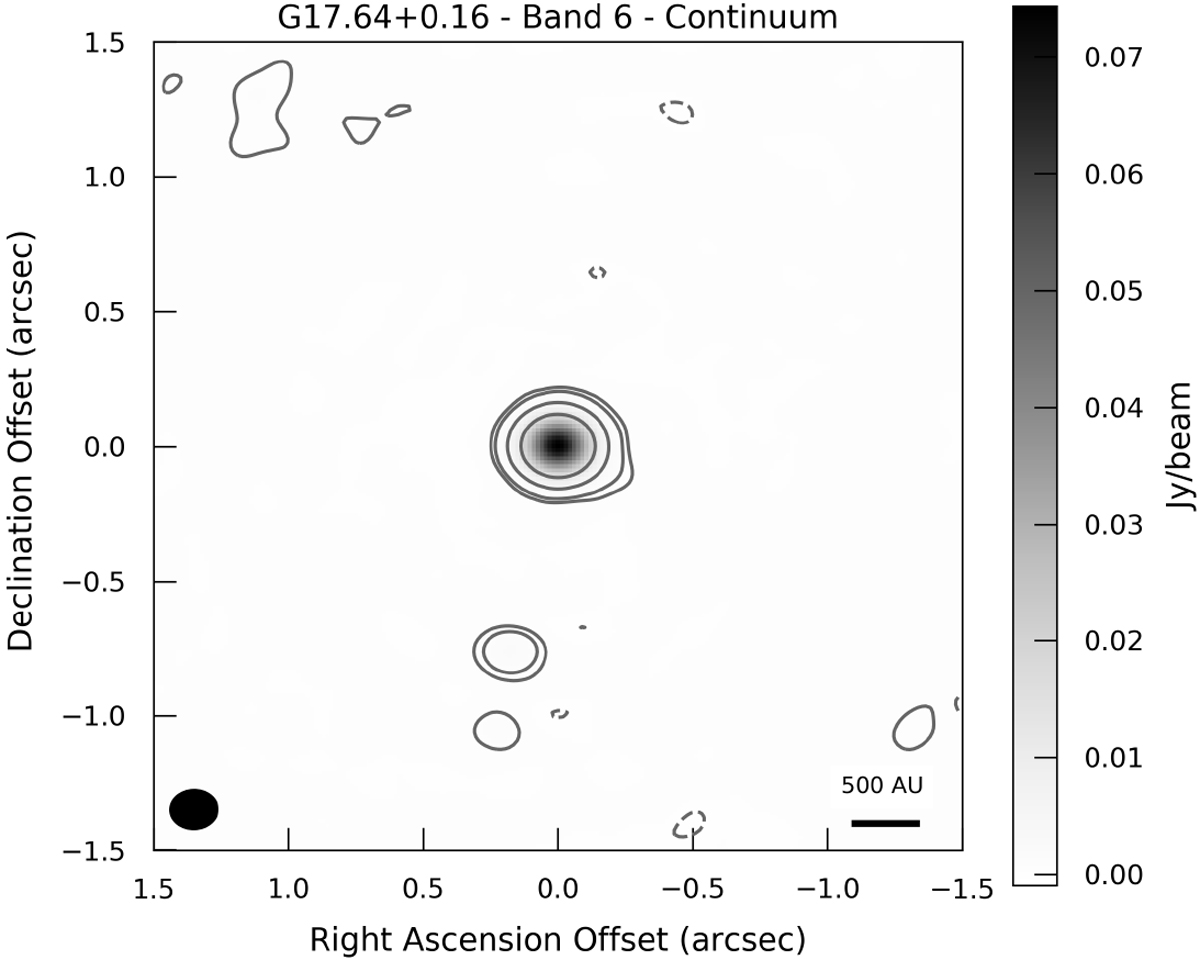