Context. The fraction of galaxies bound in groups in the nearby Universe is high (50% at z 0). Systematic studies of galaxy properties in groups are important in order to improve our understanding of the evolution of galaxies and of the physical phenomena occurring within this environment.
Aims: We have built a complete spectrophotometric sample of galaxies within X-ray detected, optically spectroscopically confirmed groups and clusters (G&C), covering a wide range of halo masses at z ≤ 0.6.
Methods: In the context of the XXL survey, we analyse a sample of 164 G&C in the XXL-North region (XXL-N), at z ≤ 0.6, with a wide range of virial masses (1.24 × 1013 ≤ M500,scal(M⊙) ≤ 6.63 × 1014) and X-ray luminosities ((2.27 × 1041 ≤ L500,scalXXL(erg s-1) ≤ 2.15 × 1044)). The G&C are X-ray selected and spectroscopically confirmed. We describe the membership assignment and the spectroscopic completeness analysis, and compute stellar masses. As a first scientific exploitation of the sample, we study the dependence of the galaxy stellar mass function (GSMF) on global environment.
Results: We present a spectrophotometric characterisation of the G&C and their galaxies. The final sample contains 132 G&C, 22 111 field galaxies and 2225 G&C galaxies with r-band magnitude <20. Of the G&C, 95% have at least three spectroscopic members, and 70% at least ten. The shape of the GSMF seems not to depend on environment (field versus G&C) or X-ray luminosity (used as a proxy for the virial mass of the system). These results are confirmed by the study of the correlation between mean stellar mass of G&C members and L500,scalXXL. We release the spectrophotometric catalogue of galaxies with all the quantities computed in this work.
Conclusions: As a first homogeneous census of galaxies within X-ray spectroscopically confirmed G&C at these redshifts, this sample will allow environmental studies of the evolution of galaxy properties. 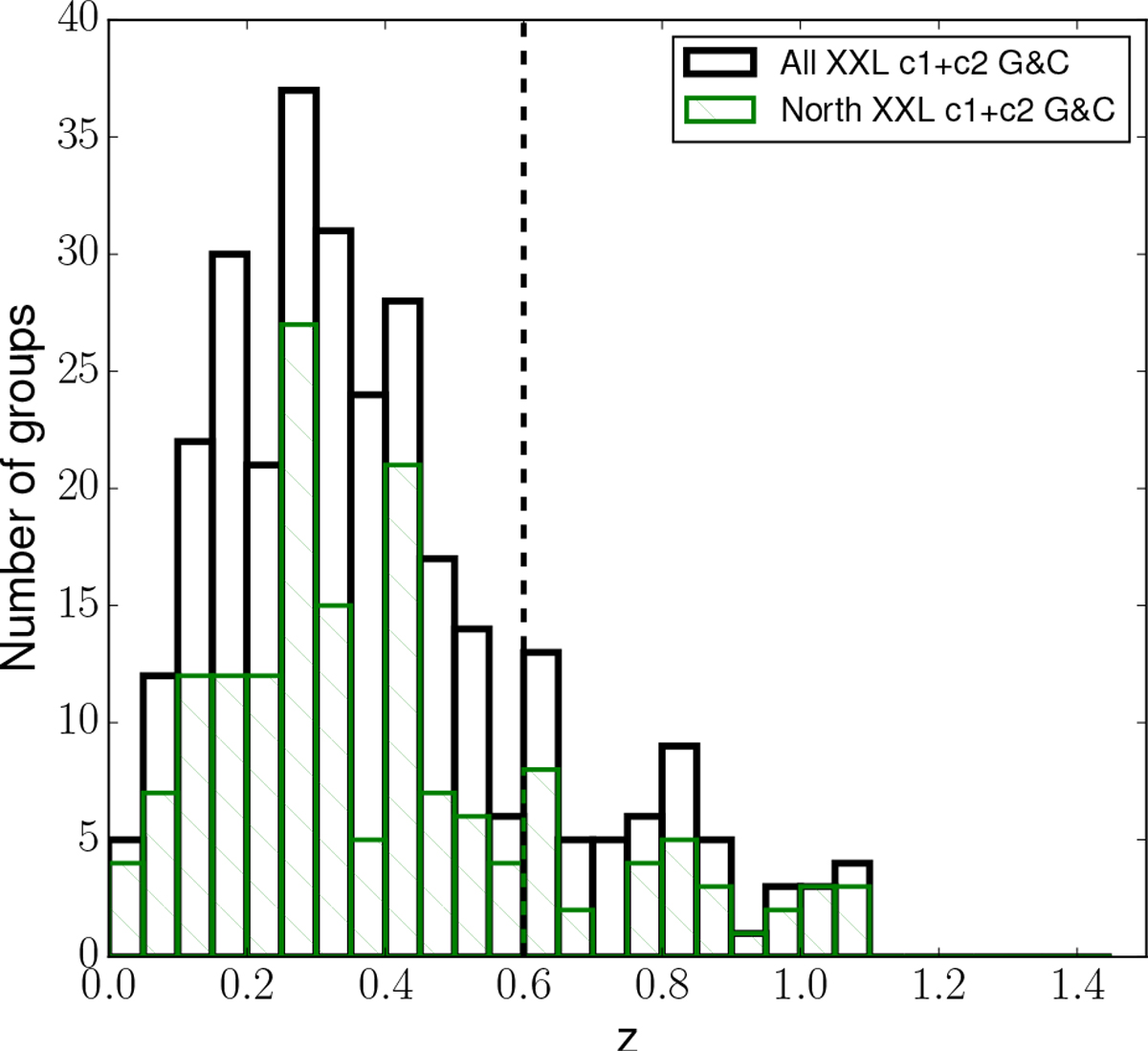