The XXL Survey. XXI. The environment and clustering of X-ray AGN in the XXL-South field

Context. This work is part of a series of studies focusing on the environment and the properties of the X-ray selected active galactic nuclei (AGN) population from the XXL survey. The present survey, given its large area, continuity, extensive multiwavelength coverage, and large-scale structure information, is ideal for this kind of study. Here, we focus on the XXL-South (XXL-S) field.
Aims: Our main aim is to study the environment of the various types of X-ray selected AGN and investigate its possible role in AGN triggering and evolution.
Methods: We studied the large-scale (>1 Mpc) environment up to redshift z = 1 using the nearest neighbour distance method to compare various pairs of AGN types. We also investigated the small-scale environment (<0.4 Mpc) by calculating the local overdensities of optical galaxies. In addition, we built a catalogue of AGN concentrations with two or more members using the hierarchical clustering method and we correlated them with the X-ray galaxy clusters detected in the XXL survey.
Results: It is found that radio detected X-ray sources are more obscured than non-radio ones, though not all radio sources are obscured AGN. We did not find any significant differences in the large-scale clustering between luminous and faint X-ray AGN, or between obscured and unobscured ones, or between radio and non-radio sources. At local scales (<0.4 Mpc), AGN typically reside in overdense regions, compared to non-AGN; however, no differences were found between the various types of AGN. A majority of AGN concentrations with two or more members are found in the neighbourhood of X-ray galaxy clusters within <25-45 Mpc. Our results suggest that X-ray AGN are typically located in supercluster filaments, but they are also found in over- and underdense regions. 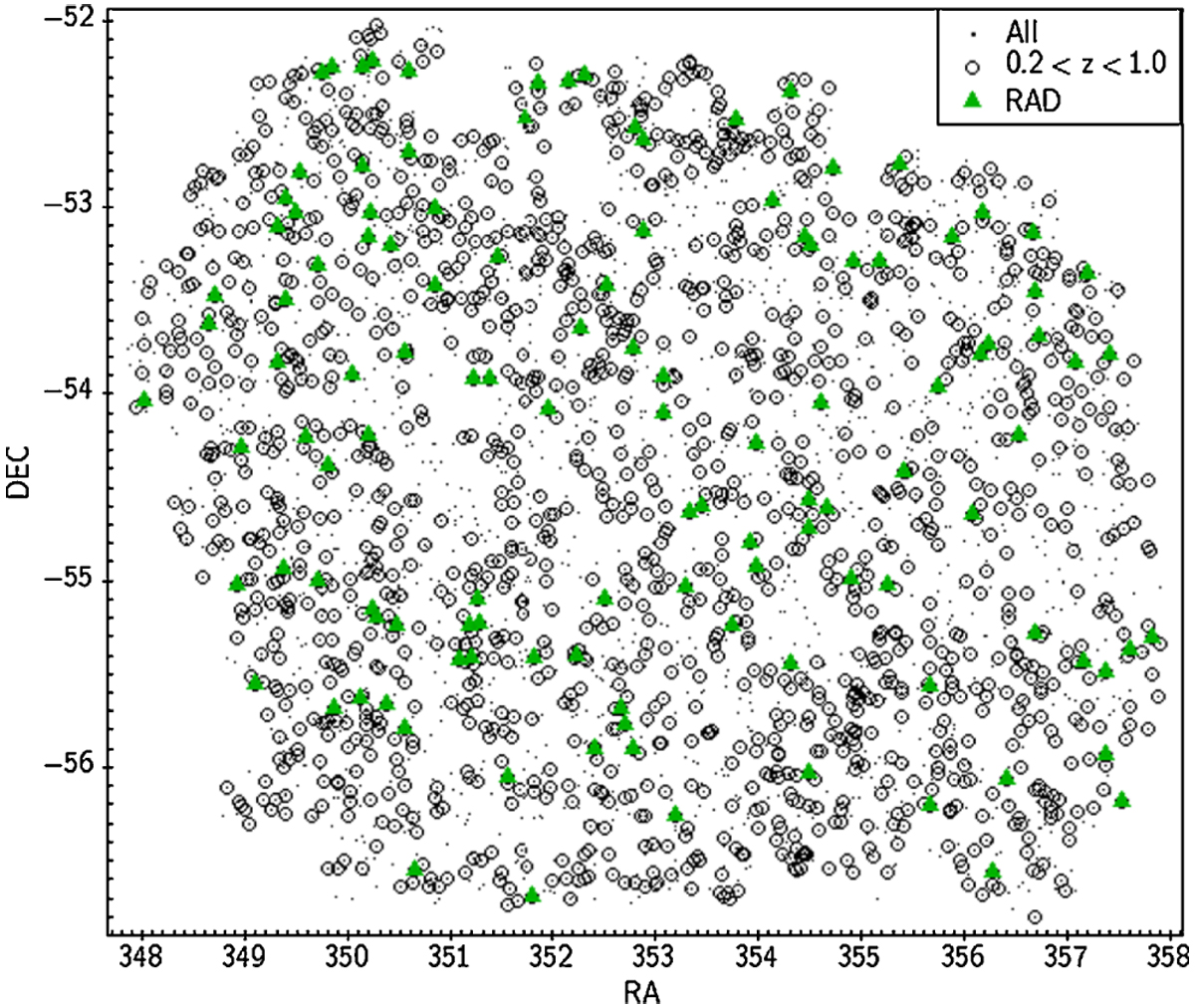